The Way He Stands

I was eating lentils at my grandparents house the other day. My grandma was searching through her health books for a new cure for her bronchitis and my grandpa was sorting vitamins into his weekly vitamin box.

At a pause in my grandma's searching she turned to my grandpa and asked him something in Spanish. My grandpa, setting down his pills, rested one hand on the kitchen counter, the other he put in the pocket of his army-green cargo pants. He crossed one leg and answered my grandma in a matter-of-fact tone.

I don't know what they said, but I'm certain that my grandpa was knowledgeable about whatever question he was answering. I could tell by the way he stood. Normally he wobbles around the house, stooped, eyes on the next place his foot will land. The kitchen is my grandma's domain, and he is the humble servant. But everything changed at that moment. I saw the traces of a once strong, certain, and capable man. He is that same man still.
Written by Abigail Joy Stevens at 9:21 AM No comments:

Email ThisBlogThis!Share to TwitterShare to FacebookShare to Pinterest
Labels: Reflections

Why Aren't the Girls Picked

I've noticed many single Christian girls ask themselves, "Why aren't I picked?" "Why don't I have a boyfriend?" "Is there something wrong with me?" "Am I not dating material?" So I've thought about their questions and come up with some possible answers.

I went to Russia last summer on a missions trip and noticed something peculiar. At every city and house church there were far more women than there were men. Everyone who attends Biola knows the guys to girl ratio is definitely to the guys' advantage. Can this be true everywhere? Are there just more Christian girls than there are guys? I think its safe to say there are more women in the physical church than there are men, unless you attend a trucker and construction worker church.

With these assumptions, a Christian woman's prospects within the church are limited. So the fact that she is not dating may have nothing to do with her likability, but the mere numbers. There just aren't enough men to go around — to be perfectly blunt.

However, it's still easy for a Christian woman to wonder, "Well why don't they pick me? What do the other girls have that I don't."

Let's say there are four women in a church and two men. (These numbers do not represent actual ratios.) I'll give them names to make this easier: Anna, Betty, Carrie, and Diana. Each of the girls are at different levels in their spiritual walks. Some are really following after the Lord, others are not so much. On a scale of 1-5, 5 being a really committed Christian, here are their levels: Anna 5, Betty 3, Carrie 2, Diana 1. For the sake of argument let's also rate them according to worldy beauty. The media has defined beauty in a particular way. Those women who conform most to that image are considered more beautiful. Again I'll use a scale of 1-5, 5 being gorgeous. Anna 5:4, Betty 3:2, Carrie 2:3, Diana 1:4. The first number represents their level of spirituality, the second number represents their worldly beauty.

If we accept the traditional way of dating the guys are the ones who are chosing their mates. Ideally the guys ought to pick the girls whose numbers best match their own, but because guys have more to choose from they may decide to pick someone better than themselves. Eric is not very devoted to God, but he's pretty cute. Thus he may think he deserves a cute girl. Anna and Dianna are both pretty good looking. Dianna is hotter, but maybe he thinks Anna is funner to be around, so he chooses Anna. Now Anna has a choice to make. She knows Eric is not very devoted to God, but she also knows she may not get picked by someone else. Anna will either decide to marry someone who will bring her down spiritually or not marry Eric at all. If Anna decides not to marry Eric she may not marry at all. There aren't very many guys around who match her numbers. It's very difficult for women to live alone. Many would rather marry someone who's not so good than not marry at all. So let's say that Anna accepts Eric.

Now it's Frank's turn to choose. He's pretty devoted to God and not so hot. He has Betty, Carrie, and Dianna to choose from. Because he's devoted to God he recognizes that Dianna is not a strong Christian even though she's hot. Betty is more devoted to God than Carrie, but Carrie's cuter. Let's say that Carrie likes the same sports he does so he decides to go with Carrie. She has never met a nicer guy in her life and even though she thinks he not hot, she learns to think he's cute because he's nice.

Wedding bells are ringing and Dianna and Betty are wondering what is wrong with them. They were not chosen. Why? It's not because they weren't good looking or not devoted Christians. Dianna was the hottest one out there. Betty is a good Christian. So why weren't they picked? Because there were only two guys and the numbers didn't match up. There wasn't another 1:4 for Dianna or a 3:2 for Betty. Dianna's level of Christianity is weak so she'll probably marry an unbeliever. Dianna may think she's too ugly to get a husband so she'll become a missionary in Africa. But there was nothing wrong with these girls.

P.S. There are many hypothetical assumptions that I've made in the above example. This is a general theory and doesn't necessarily apply to everyone.
Written by Abigail Joy Stevens at 9:22 AM No comments: 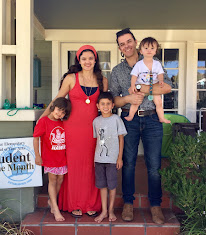 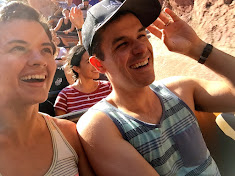 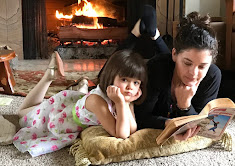 People become people through other people. 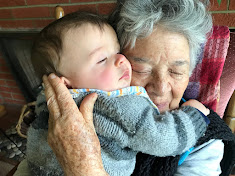 A Blossom in the Desert"

"Two glad services are ours,
Both the Master loves to bless:
First we serve with all our powers
Then with all our helplessness."
— Charles Fox 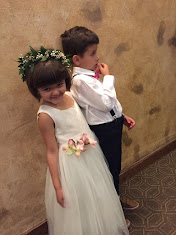 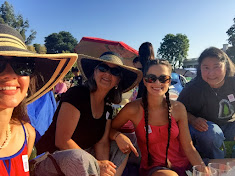 The Bird in the Tree

"...for the acceptance of homage, she had
found, gave no permanent satisfaction;
it was better to give it; what is given to
you you are always afraid will one day
cease to be given, but what you give you
can give for ever. Life had taught her that
at long last." --Elizabeth Goudge

Huntington Library in the Rain 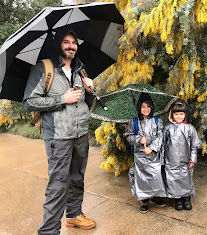