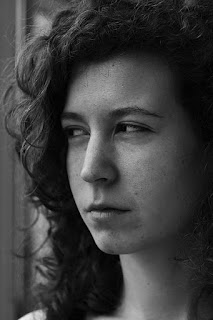 I was content in quarantine
Until I heard about your outings,
Then I was jealous.
And while this might've disclosed
The thinness of my contentment,
Instead, I concluded
You're self-centered and careless.

I wasn't afraid of COVID
Until I realized I could be next,
Then I was frightened and frenzied.
And while this might've disclosed
My courage was dependent on my safety,
Instead I concluded
I might not be good enough for God's mercy.
Here I am thwarting the Lord's messages to me.
Where he wants to teach me to be still, I'm busy judging.
Where he wants to teach me to trust Christ's work, I'm frantically measuring.
Where he wants to fill me with his love, I'm isolating myself.
Where he wants to bring me joy, I keep working on my own steam.
Where he want me to lean into his presence, I'm trying to earn his favor.
But all glory to him who will not give up.
I am the lost sheep and the prodigal son.
He is seeking. He is calling. He is inviting.
And if I stop redirecting his messages
I'll discover yet another place where the Lord can reign.