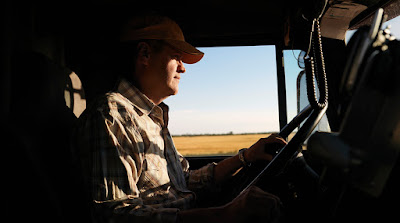 God sent his biggest announcement to shepherds. And it wasn't merely a private message. It was a host of singing angels.
When my babies were born, we informed people in a particular order. First the grandmas and grandpas, the elders of our family who then told the older elders, the great grandparents. Then we told the brothers and sisters, aunts and uncles, and close friends. We told the rest of our friends and acquaintances with a facebook announcement and a slide at church. There was a hierarchy, a meaning behind the order. Those closest received the news first.
Did God announce his son's birth to people in the same sort of hierarchy? Were the shepherds then the closest to God's heart? These men and boys who knew a lot about sheep but not a lot about temple rules. These men and boys who knew which lambs would be used for passover—the one-year-old lambs without spot or blemish—, but who couldn't for the life of them keep the temple cleansing laws of washing hands and staying away from dead animals and not working on the Sabbath. They couldn't have been under any illusions of how pure they were.
Perhaps they were the simpletons of that time, the truckers, an uncultured folk, the kind that occasionally forgets to put on their masks when entering convenient stores, who don't always wash their hands after using the toilet and who sometimes laugh at base jokes. Loud about their political opinions, proud of their guns, and not worried about what others say. Sun-spotted cheeks and greasy hats. Maybe a swearing bunch. The put-together women avoid them in the aisles and wipe down the toilets after entering the uni-sex restrooms after them.
How could God Almighty display such favor to people who didn't keep the rules? Whose manners left much to be desired? Who probably wouldn't have cared much about masks? The untouchables of humanity who sacrificed their ability to obey rules in order to meet the demands of watching sheep, feeding sheep, guarding sheep against wolves, shearing sheep, counting sheep, and searching fervently to find that one lost sheep.