A Live Coal in the Sea 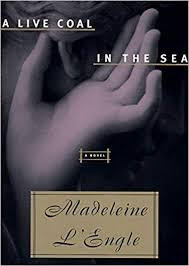 William Langland: “But all the wickedness in the world which man may do or think is no more to the mercy of God than a live coal dropped in the sea.”

Does a day come for everyone when they realize that their parents are just people or do some never find out and keep expecting their parents to be super human?

I suppose for some—those whose mothers drink, whose fathers sexually abuse, whose parents have affairs and divorce—I suppose the children of these parents find out the truth all too soon. They learn from the beginning that dad doesn’t keep his promises; that mom only cares about herself; that their parents don’t provide or protect. Shall I call these children the poor in spirit because they understand from a young age that mom and dad aren’t the source of love, peace, and safety? Shall I even go so far as to call them blessed? Them? With their distrust of men and homosexual inclinations and insatiable craving for human affection?

Shall I call the abused blessed? True, some spring back with resilience; some rise up on wings like baby birds that have fought to break through their eggshells. They make a way for themselves in this cruel world, and they shine with Christ’s own face. Yet others wallow and point fingers and vomit their turmoil to psychiatrists. ‘Injustice!’ they scream and they are right. The world is unjust, but they forget that they themselves are in the world.

I’m speaking like I have studied the dysfunctional and abused, when in truth I’m more knowledgeable about Pre-algebra and Greek. I will ask the poor in spirit if they claim God’s blessings.

In the meantime I must consider children of another sort. These children have parents who don’t abuse substances, who keep their vows, who take occasional family vacations, who eat together, who protect and provide, who train up their children in the way they should go, and yet when their young are old, some still depart. Why so many bad seeds from good soil and good seeds from bad soil? Has God made more good out of bad than he has out of good? Then blessed are the poor in spirit indeed!

I cannot leave it at that because the good that I’m talking about is not good at all. There is the good that God makes out of bad, which is certainly good, and there is the good by which I mean the functional family, which in comparison to the perfection that God demands, isn’t functional at all, nor is it good. By good here, I simply mean not as bad as it could be. These good parents are only thought to be good when standing next to the bad parents, but when placed next to God, when put in the light of the Almighty, we see the badness quite clearly in all mothers and fathers. It’s a badness that’s not only in parents, but all humans alike. Being a father or mother doesn’t make a person any more bad, nor does being a child make a person any more innocent. Haven’t we all crooked souls? And the sooner we see this, especially in ourselves, the sooner we will stop blaming and start giving grace.

But to realize that our parents have crooked souls is no simple process for the abused or the contented child. It feels like being betrayed. There we were, thinking our parents had everything under control, that they wouldn’t let us get hurt, that they were always fair and always selfless. And then we find out that they play favorites, that they’re unwise with money, that they argue, that they have prejudices and are judgmental. It’s a betrayal of an allusion. We had thought they were or at least were trying to be perfect parents—and chances are, they were—but they aren’t. They’re far from it.

Why had we demanded perfection from them to begin with? Why does it shock us to find out that those adults, those huge figures, those instrumental gods in our lives are nothing but silly little people like ourselves? Is this what it means to grow up? To stop being a child? “We start to become adults when we realize our parents aren’t perfect, and we become adults when we forgive them for it.”

How can I demand something from them that I could never do myself, and then forgive them for not meeting my unrealistic expectations. Aren’t I the one in the wrong? Aren’t I the one who’d expected my parents to be like God, when in fact my parents, though they may or may not have meant to, were pointing me towards God saying, “Don’t look at me for perfection, look at Him”.

What offense do I have to forgive, when mercy was shown to me during the months of infancy? What accusation will I make, when my sins put Him on the cross as well? How much longer will I demand fairness when Christ let himself suffer for nothing evil that he’d done? Mercy. Let it end with mercy?

“Mercy. It didn’t mean that everything was okay, could or should be condoned. But we can’t move out of ourselves and our own self-justifications until we look in the mirror and know, yes, I, too, could have done this.”

MommaMina said…
Wow ABs. It is a balm to receive a big hearted openness towards our goofiness. Thank you -this was heartening for me. In Peterson's book; Christ Plays in 10,000 Places, there is this summation of the label dysfunctional: "It is alarming how frquently people are referred to as dysfunctional.. but dysfunctional is not a personal word, it is mechanical. Machines are dysfunctional but not souls: bicycles are dysfunctional but not children... The constant, unthinking use of the word erodes our sense of worth and dignity inherent in the people we meet and work with no matter how messed up they are. We cannot be too careful about the words we use: we start out using them and then they end up using us. Our imaginations become blunted. We end up dealing only with surfaces funtions, roles.. a mass depersonalization of our souls." (I reworded the end) Intersting eh? You are helping all us parents who are goofy remember that our dignity inherent isn't cancelled out by our goofiness. It just opens up for more grace to fill in the cracks.
Though it is likely that your primary motivation was a book reflection, I thank you for your grace apparent.
April 9, 2009 at 8:41 PM