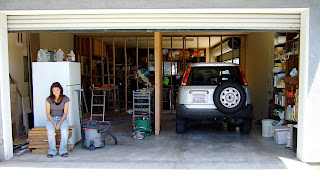 Our back alley is often awake with the clinking of glass bottles and the crunching of aluminum cans, the whack of the closing trashcan lid and the squeak of cartwheels. They say the early bird catches the worm, but in Uptown, the 4 am Hispanic finds the most recyclables, especially on trash days.

I have a new respect for garbage now that I’ve written two articles on waste for my children’s literature course: one about where sewer water goes, the other about landfills. Here’s an interesting fact for you: before the recession, Puente Hills packed 13,000 tons of garbage into its landfill a day. Now, it averaged 7,000 tons of garbage a day.

The head of the Green Waste Department said, “People aren’t throwing away their old furniture anymore just to get new ones. They’re keeping the dented things because they don’t have the money to buy new things.” Now isn’t that the picture of wealthy Americans? We buy, not because we lack, but because the old one is dented. It’s more likely that America is going through a reality check than a recession.

We’re like consuming monsters. And no wonder! From day one we’re brainwashed with commercials. We actually believe that we’re saving by spending, that bigger is better, that we deserve that new car or new outfit or new piece of furniture.

My discover card bill came with an ad that asked, “Who deserves an all out shopping spree more than you?” I wrote: “Children in Haiti,” and returned the ad with my paid bill. For some reason the telemarketer can’t understand that I’m perfectly content without a free trip to Hawaii, cable, or a subscription to Food and Wine.

I must ask myself: what is valuable? Do we really need a new fence and gate? It hasn’t fallen apart yet. Do we need to upgrade our windows to double paned? Is it worth it? Couldn’t we use that money for something nobler? Why do we need motors on our garage doors? Most people don’t even have garages!

Phil and I have had many discussions about these things because he’s a designer and I’m more utilitarian. In the goodness, truth, and beauty trinity, Phil’s beauty and I’m truth. He’s grace and I’m clarity. If a job can’t be done to look good, he won’t do it at all. I’d rather not go than be late. Speak so your listeners feel comfortable. Say it like it is. I’m sure God thought putting us two together would be awfully interesting not because we would differ in these areas, but because when we work like a team, the results are marvelous. 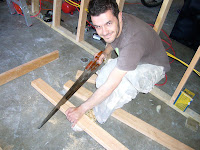 His strengths are my weaknesses. And his weaknesses are my strengths. A day of church fellowship groups, meals out with friends, and small talk can reduce me to tears while he positively enjoys it. And stacks of bills and bank statements are his worst nightmare, while my fingers are itching to organize them.

We are alike in creativity, endurance, family values, church doctrine, and collecting—hoarding that is. He collects little trinkets from junkyards, IKEA’s “As-Is” section, plant sales, and websites, while I pack away as much money as I can into our savings accounts. I sometimes think I’m being noble by refusing the nicer conveniences so we can support missionaries or children in Haiti, but really…I just want to save it.

I’ve been doing this since I had a bank account. I rarely spent my money. I just deposited it into savings. In High School my stash grew large enough to loan Jacob money to buy a computer. I have no noble plans to feed the homeless or provide education to girls in Iran. I really just was a big cushion of protection.

Last January when both our units were empty and our savings account was draining, it took every ounce of energy to turn to God each morning and say, “My security is in you, not this account.”
Phil’s form of hoarding is so much more entertaining. He once came home with two green door-panels from a closet set. He said he thought we could do something cool with them in our tiny studio. I don’t remember responding. I probably gave him my blank stare. They sat in our garage for several months and then I insisted we get rid of them. We put them in our back alley, and they were gone that day only to show up again two days later in our neighbor’s garage sale. The scavengers!

What’s comical about our hoarding tendencies is that I relish getting rid of stuff and as Gretchen Stevens said, “Money slips through Phil’s fingers.” Hence, the discussions.

“Why do we need three refrigerators?”

“It’s not that much more to get motors on our garage doors.”

“Are you ever going to use that desk?”

“But look how much cooler these sinks look.”

That’s a gift: being able to laugh at these things. I didn’t use to be able to do that. But a little bit of Phil has rubbed off on me in this area. People are so darn funny and I’m one of them. 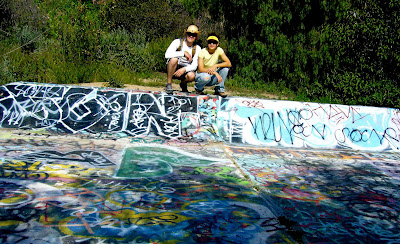 Grandma Seelye said…
Can I make copies of this for some counselees? If I change the names? Seriously this is such good self evaluation! Great pre-marriage counseling stuff.
June 28, 2010 at 10:32 AM

MommaMina said…
Welcome back to your 'pen.' It is a delight to my soul. Love the fact that you can take things as they are and still like life. At my retreat the Renovare President said that he felt God was ok with the things in this world that aren't as they should be: "Ok with it," meaning that God knows the world is what it is, but he still works in it and is not anxious that it isn't as it should have been. There is enough of his redemption going on to lean into and be amused at our silliness.
July 29, 2010 at 1:47 PM