Before & After The Beans Spilled 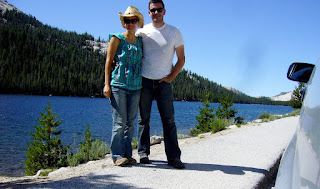 Before the first call to the doctor's office, I didn't realize that they counted these things in weeks. Give me a break; nothing happens in a week! Tell me the months. But now that I'm taking deep breaths before each bite and tossing and turning every other night, I'm counting the weeks too. How much further until trimester one is over? Two more weeks to go before the fog MIGHT lift. Two more. Two more.

August has been a long month.

August 6: The worst part about being pregnant is suspecting everyone else suspecting that I'm pregnant.

August 8: There's no chance I am going to act like an adult in this situation, and there's no swallowing of pride in this decision. I want my MOMMY! I will NOT go to my first pre-natal exam alone. The nurse on the phone told me that I was seven and a half weeks along and the further along the better. At the first appointment I will be 9 weeks, which is perfect. The 2 hour visit will include an ultrasound and info about classes. By the time the lady told me this, my eyes started watering, and I wanted to drop the phone like a hot potato and yell, "MOMMY! They're talking to me about babies!"

August 9: I know I haven't eaten hardly anything all day, and I still feel nauseous, but I really want some Swedish fish.

August 9.5: I caught a glimpse of a new vacant space approaching. It's like those dreams that I have where I'm underwater and rapidly running out of air. My lunges are going to burst and eventually I have to give up and suck in water. But I don't drown. I find out that I can breath water just as well as air. That is the feeling I get. It's a little like when I was trying to breath while skydiving. There's a gasping sensation. It's like discovering an empty room in our house that we didn't know existed. Oh my! There's more!? My world is growing larger and I'm gasping.

August 12: "'How far along are you?" The CVS cashier asked. Ah! She knows! My face turned bright red, and I didn't need a sweater anymore even though I'd been cold all morning. Of course, she knows, you moron, you're buying prenatal vitamins. I tried to recall what the doctor's receptionist told me. "I think I'm 8 weeks. I haven't been to a doctor yet, so I don't actually know. It's all new to me." "I'm 18 weeks," she told me. So then of course I couldn't keep from peeking at her belly bulge, which could've easily been mistaken for fat. Outside I took off my sweater and thought about how strange the list of confidante's is becoming: a waiter at a fish restaurant at Monterey's Wharf, a doctor's receptionist, and a CVS cashier. 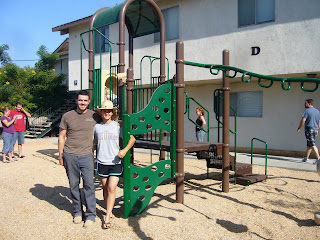 August 14: Elise Hamel is pregnant or so I hear. Shayleen, the baby detector told me yesterday as we watched the wood chips get sprayed into the new kids play place. That was exciting. That made me feel like a healthy person again. But I'm relieved to hear about Elise. Ya! The pressure is off. I was afraid of being the only Granadian...the only newbie. Now Teri Elfelt is pregnant too.

August 15: I'm actually counting down to Wednesday. What a relief it will be. Wednesday is the designated day to tell people. I dreamt last night that I burst. Not literally. I couldn't keep from telling Gretchen Stevens, and I just burst. Then I woke up with a start wondering what day it was and if I told too early.

August 16: One more day of keeping it in. Hallelujah! I wonder if after the fact I will wish for the days of secretive silence.

August 18: My highlight was seeing how each of my family members owned the information. Grandpa Stevens asked if he could tell all of his old lady friends who are always bragging about how many great-grands they have. Dad Stevens said he'd just congratulated Murry Alcorn on being a grandpa. And Mom Stevens wanted to know if she could tell a list of other people. Grandma Taylor was so funny. She showed me a knit dress that she said would look great on a pregnant lady. Jacob made me laugh. He texted back: "And WHO may I ask is the father?" Later he texted Phil saying, "You dirty old man." Mommy cried. Terri couldn't wait for a texted response; she had to call me. See, Lord, that's why I need twins: more love to go around. 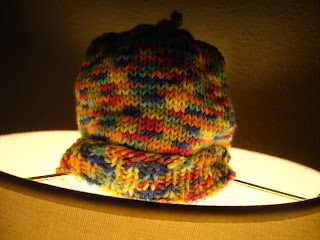 August 20: When I lay down to go to sleep I feel my heart echoing off the big empty spaces in my bloated stomach. Then I feel it in my arms and legs. It feels like dozens of little men are doing jumping jacks in there. "Quiet down!" I want to tell them. "It's sleeping time!" The sensation keeps me up at night. I've also learned that when having a baby all your poop comes out too. EW! Becca Shaw told me that, and I think she enjoyed watching me react to the news. What a twisted sense of humor! Daddy has enjoyed some infrequently used terminology like: preggo and fertile myrtle—thank you Daddy for that. I try to get him back by calling him grandpa, but I think he takes it as a compliment. Mike Hamilton was the first one to send a congratulatory card, and Grandma Taylor made a baby hat in less than 24 hours. I told Phil it was a chalk bag, and it wasn't until later that he asked, "No really, what is that?" The crazy hat sits on our lamp top. It's the first piece of baby gear that we've had. Weird.

August 20.5: Marie helped me see something wonderful today. I told her I was rather depressed about school starting in a week and she said, "But isn't this the last time you're going back?" Oh my! Just think! I'll be in constant summer come March! No more teaching! I just have to make it to spring, then I'm done!

August 23: I don't want to see anyone. I hate everything and I especially hate happy people, especially if they're happy about my Lima Bean. That's what it looks like. No, no twins, and I have nothing to say to God about that. The doctor didn't give me enough time to anticipate it. He just stuck the wand up, and there it was: Uno Lima Bean with a small vibration that was supposed to be the beating heart. I was rather emotionless. Sure wish I was now.

August 24: Oh Joanne Clark, why can't more people be like you? At Parkville yesterday she scooted past my office and said, "I just wanted to say Congratulations, and I hope all this crap ends soon."

August 26: Crowds of little birds hang out by our trash cans in the morning. I hope they're eating our maggots. I've slept four nights in a row without tossing and turning. Hallellujah! I hope that's over. I can't wait for the nausea to be over too. So far I have normal sized breakfast and normal-sized lunch—although I eat it really slowly—, and then a pathetic dinner.

August 30: Today was the first day that I thanked God for being pregnant. There's a lady at my school who's been trying to get pregnant for years and nothing has worked. Phil and I didn't have to wait. This is what we wanted; we wanted kids sooner rather than later. I guess sooner it is.

Gretchen said…
=0) I'm glad our babies will be close together in age. And yes, pregnancy is more than a bit overwhelming. Right now the thing that is getting me a bit creeped out is when my little guy jumps around on my bladder and does flips.
I truly am happy and excited for you guys and I know that you will both make tremendous parents.
September 2, 2011 at 2:50 PM

Grandma Seelye said…
Thanks for sharing your Aug.journal.So sweet and transparent.We are thankful too for that little "bean" that is growing inside you!
September 3, 2011 at 10:08 AM

robincox123@yahoo.com said…
Hello Abby and Phil. Abby, your writing is enjoyable to read. You write like you talk (think is probably more like it). Robin and I are glad we started our family early on. Quite nice to not be too old as our kids now are raising their families. If I haven't told you guys this before each of our children was conceived using a different form of birth control :-). Blessings, David
September 3, 2011 at 8:04 PM

Erin said…
Abby & Phil, congratulations!! You will make wonderful parents. That little bean is lucky to be in your family! :) I can't wait to meet him or her, and I hope you feel better SOON, Abby!!
September 4, 2011 at 12:56 PM

Jonalyn Fincher said…
Abby - you once told me I reveal a lot when I speak. I have to return the favor and say the same about this blog post.
My heavens and earth.
You remind me of a mix of Anne Lamott (my highest compliment even though GT thinks she's whiney) and the cranky old lady that Erin and I love (the one with rabbit slippers). That is also a compliment, though I only think Erin B will get it. :)
btw, your poop does NOT all necessarily come out.
Your myth shattering sister,
JGF
September 12, 2011 at 7:27 PM