Granada Heights Friends Church choir sang at Disneyland’s Candlelight processional this year. We joined the masses of singers—a swaying sea of golden robes, white collars, and flickering candles—walking to the cadence of the hymns we sang beneath main street’s pine swags and wreaths all lit up with green and gold and red lights. I had a clear shot down the train tracks, straight between the rows of singers to the pinnacle-like Christmas tree decked out in ornaments, lights, and toys.

Our lines divided at the tree to line up on stage, which was impossible to see in the darkness. The only lights were the candles in our hands and the LED flashlights used by the Disneyland workers to light up any bumps on our road. I kept a keen eye on the ground appearing from under the yellow robe of the high school student in front of me.

I also can’t tell you how we sounded. I was surrounded by sopranos. If a lone alto hadn’t been singing in my ear, I would’ve been singing the traditional Christmas songs as a soprano too. It was difficult taking it all in. But what I did notice was the applause after Kurt Russell read:

"Nineteen long centuries have come and gone, and today He is a centerpiece of the human race and leader of mankind’s progress. All the armies that ever marched, all the navies that were ever built; all the parliaments that ever sat and all the kings that ever reigned, put together, have not affected the life of man upon this earth as powerfully as that one solitary life."

I saw the blinking cameras filming the show and I saw the audience standing to the Hallelujah chorus. I don’t know if they did that because the king came in late to that song or because the king was startled from his seat. Whatever the story, the audience in 2012 stood at Disneyland as if the king had just come in, the real king. I saw a lady dabbing her eyes and then I couldn’t sing anymore. It all meant something more. I’d saved my fading voice to sing this song, and now I couldn’t because it was powerful. It was beautiful. 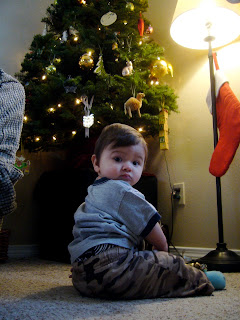 There were five fat birds on the power lines this morning. Our neighbor fed his four Chihuahua’s on his red painted porch. We can see him outside Lee’s window. Stratus clouds hung low over Whittier like a wet sponge, and we left our Christmas lights on overnight; Lee noticed. I was showing him the trash truck, but instead he starred at the lights. It matters because he sees it, and I do too.


It matters that my shoes aren’t double knotted and that the empty Airborn tube rolled under the table and that the carrots in the soup are soft. The vacuum is loud. The dishes in the dishwasher are dirty. The caps are on my pens. Nasturtiums are edible. The hummingbird feeder is empty. The wind is blowing. 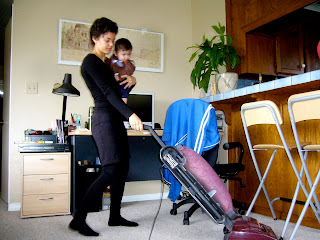 This year Phil got us a Christmas tree. We haven’t had one for the last three years because one wouldn’t fit in our studio. We’d adorned the spiral staircase instead.  This year we put a four-foot Douglas Fir on top of our end table and decorated it with Grandma Stevens’ ornaments. Lee stares at the lights and reaches for the ornaments when we lift him up. There’s a wreath in our window and an advent calendar on the bar. It’s the same calendar that I grew up with. It means something now. It’s home. It’s Christmas. 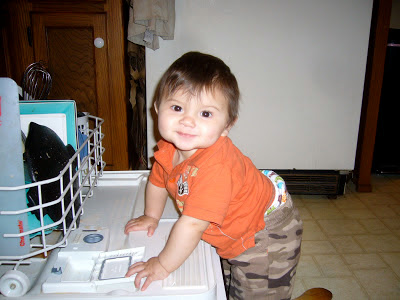 Great Aunt Gretchen said…
I love your writing! I does matter now--so true! Seeing life through the eyes of a crawling little boy changes things. :)
December 16, 2012 at 9:11 PM

Grandma Seelye said…
Thanks for sharing. I love your thoughts on singing at Disneyland! And the difference it makes to be parents this year....very special.
December 20, 2012 at 1:48 PM