By Abigail Joy Stevens December 27, 2013
This year Phil and I began brainstorming for Christmas before Thanksgiving. We wanted to be smart and thoughtful with our gifts, and this meant spending more time instead of money on people. 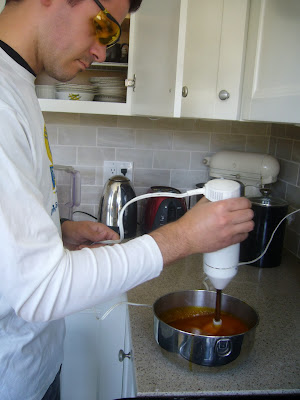 In October we made our first batch of soap using the instructions from candleandsoap.about.com. Phil handled the chemicals and essential oils because websites suggested pregnant women not participate in these sorts of experiments. (Everyone is always pooh-poohing on pregnant women doing cool stuff.) The most surprising bit in the experiment was the lye, which we purchased in the form of drain cleaner from home depot. Mixed with water, the lye heats up all on its own and forms the base for the soap. To this we added our oils: palm, coconut, and olive. 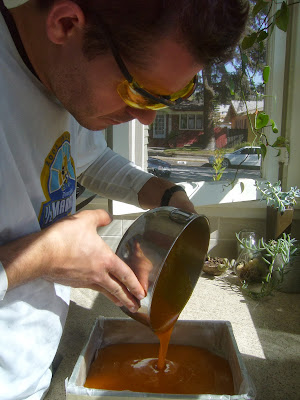 The second most surprising discovery was the color of our soap, which I believe was caused by the red palm oil. That creamy pumpkin color inspired Phil's clever labels: Phil's Naptha—a play off of Fels Naptha, which is an orange laundry soap. 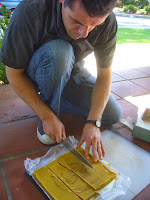 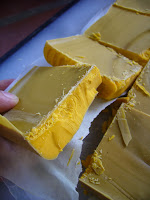 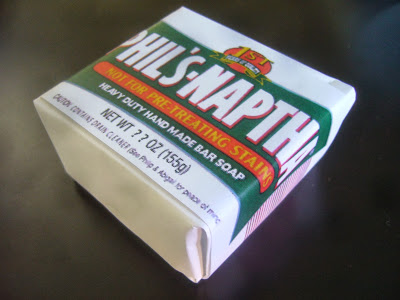 We had our doubts about whether the experiment would work because we used an old iffy scale for what was supposed to be precise measurements. That's probably why we used the entire bottle of peppermint essential oil to scent our soap. We waited four weeks for the soap to cure and then tested it. First on our hands and later we dared use it on our faces. It worked. The scent was even delightfully pleasant. It's safe to say we'd do it again, although second time around we're going to use a precise scale and purchase our supplies in bulk. Buying the ingredients in small quantities is not cost effective.

Our next project was inspired by the old apple tree at Grandma Seelye's house. The tree had continued to produce fruit even though its trunk was half hollowed and inhabited by ants; however, this year the tree gave up the ghost, leaving the gnarled, hollow branches for Grandma and Grandpa to chop down. On one home improvement visit to the Seelye's, Phil and I learned that Grandpa Seelye was using a handsaw to cut the tree down limb by limb. Phil volunteered to finish the job using his reciprocating saw, and I suggested we take home a branch to slice into BBQ sized chunks for Kirk Stevens for Christmas. Using his table saw, Phil chopped the branches, and with each slice we found an intricate wooden swirl. The rings were so beautiful we displayed them on our kitchen table. 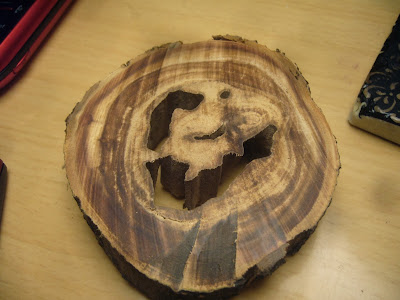 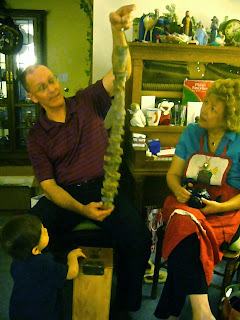 Phil then strung the wooden rings on a wire so that they look like a moose's vertebra, and then he packaged them in a homemade box.

About a week and a half before Christmas and with most of our family members checked off our list, I was still searching for the right gift for Lois Thorpe. I wanted to make her the advent calendar that she'd put on her list several years ago, but I was afraid we didn't have enough time. Phil, who fears no duration of procrastination, was undaunted by the project. So I researched the calender, bought the wood and candles, and Phil took care of the rest. 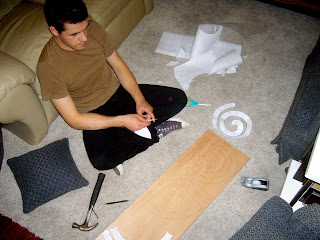 He made a spiral template using AutoCAD and pieced together the figurines using various google silhouettes: a tail here, donkey ears there, those legs, and that nose. The figurines progress around the spiral with a candle for either the 24 days of advent in December or the 40 days of lent before Easter. 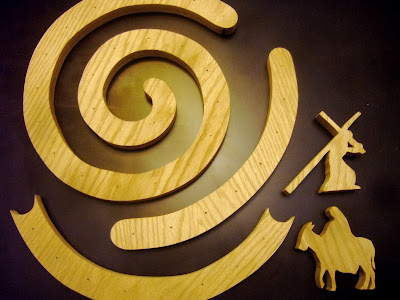 Phil used my parents scroll saw to cut out the wood. Linseed oil stained it. See Ann Voskamp's website for the real deal. Hers, which is made by her son Caleb, uses pieces of red oak linked together to prevent the wood from splitting. Our red oak was a single sheet of wood and thus, the spiral split along the wood grain. Phil and I were holding our breath for fear that the entire piece would fall apart. But after he shot several pins into the split, the spiral held together for the drilling and packaging that came next. We're pretty sure Thorpe loved it. 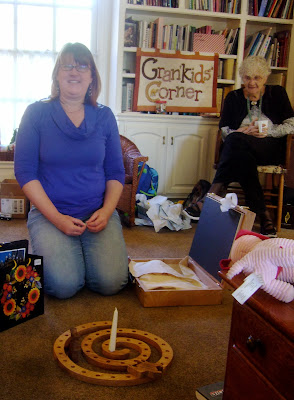 Yes, it was a sweet homemade Christmas. We made pot pies for Jacob and Grandpa Jerry Stevens. 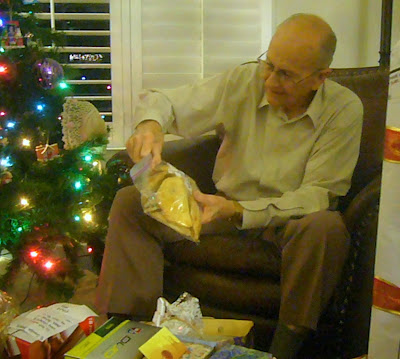 We brainstormed three date night ideas for Heather and Jeff Himes including letterboxing supplies, movie night materials, and a romantic dinner. We printed two copies of a prayer book that I've wrote for my mom and the Finchers. We found a new crock pot for Jessica and an umbrella stroller for Gretchen Stevens on Craig's list. 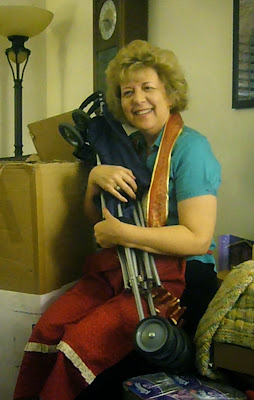 We filled Lee's stocking with walnuts and fishy crackers. We wrapped up his fuzzy blanket for his Christmas morning gift. And then . . . AND THEN Phil breaks the bank by buying me a new MacBook Air. For shame! The indecency of it all! Oh my, it works fast. I suppose I can't hold it against him. We had such a lovely Christmas, and the celebration isn't over yet.

Lois Thorpe told us how Christmas is a celebration that lasts beyond the 25th of December, and Phil and I have decided to do just that. Since Phil has Christmas to New Year's off, the celebration continues with family visits, lights, Grandpa Seelye's 90th birthday, haircuts, and walks with Daddy. We will continue to read the Christmas story to Lee. We will continue to talk about the special baby that came and our baby that is coming. The doctors say soon. In fact they don't think I'll make it another week. Oh dear! Time to pack our hospital bag.

Robin said…
What a lovely and thought-filled Christmas you created! I can't wait to use the Phil's Naptha soap! You didn't mention how you made the perfect wrappers for the soap, but I think some real effort went into that as well! I love reading about what you did and I can't wait to see who the next member of the Stevens family is.
December 28, 2013 at 8:17 AM

Nathaniel and Charissa said…
That's exactly how I make my soap! (coconut, olive and palm oil) although I usually use lemon essential oil and, of course, Nate does the lye outside during pregnancy :) Mine is DEFINITELY not the same colour as yours. I just use a lined box as a mold but would one day like to find a nice, proper wood mold. I also have a great recipe for making homemade liquid laundry soap, if you're interested. Not as nice of a gift as it comes out a bit chunky and interesting looking - but it's cheap, natural and cleans well!
January 5, 2014 at 8:19 AM