In the Middle of Nowhere

By Abigail Joy Stevens May 13, 2014
My parents were pretty gutsy to take four kids on a motorhome vacation for three weeks. Especially because so much of the time was spent driving and because our motorhome didn’t have four beds.

Jacob was 13, Joni was 15, Jessica was 6, and I was 11. And I recorded the entire vacation in my journal with unbiased accuracy.

The motorhome had three beds. And that included the large twin-sized bed where my parents slept. The couch pulled out and became a bed, which had to be shared. And the kitchen table converted into the most desired bed of all. One unlucky kid slept on the floor or could sleep outside in the tent. I’m sure my mom created a system to rotate kids into all the beds, but my journal records an awful lot of times where I slept in the tent, and one sweet entry: “That night I slept on the table bed all by myself.” 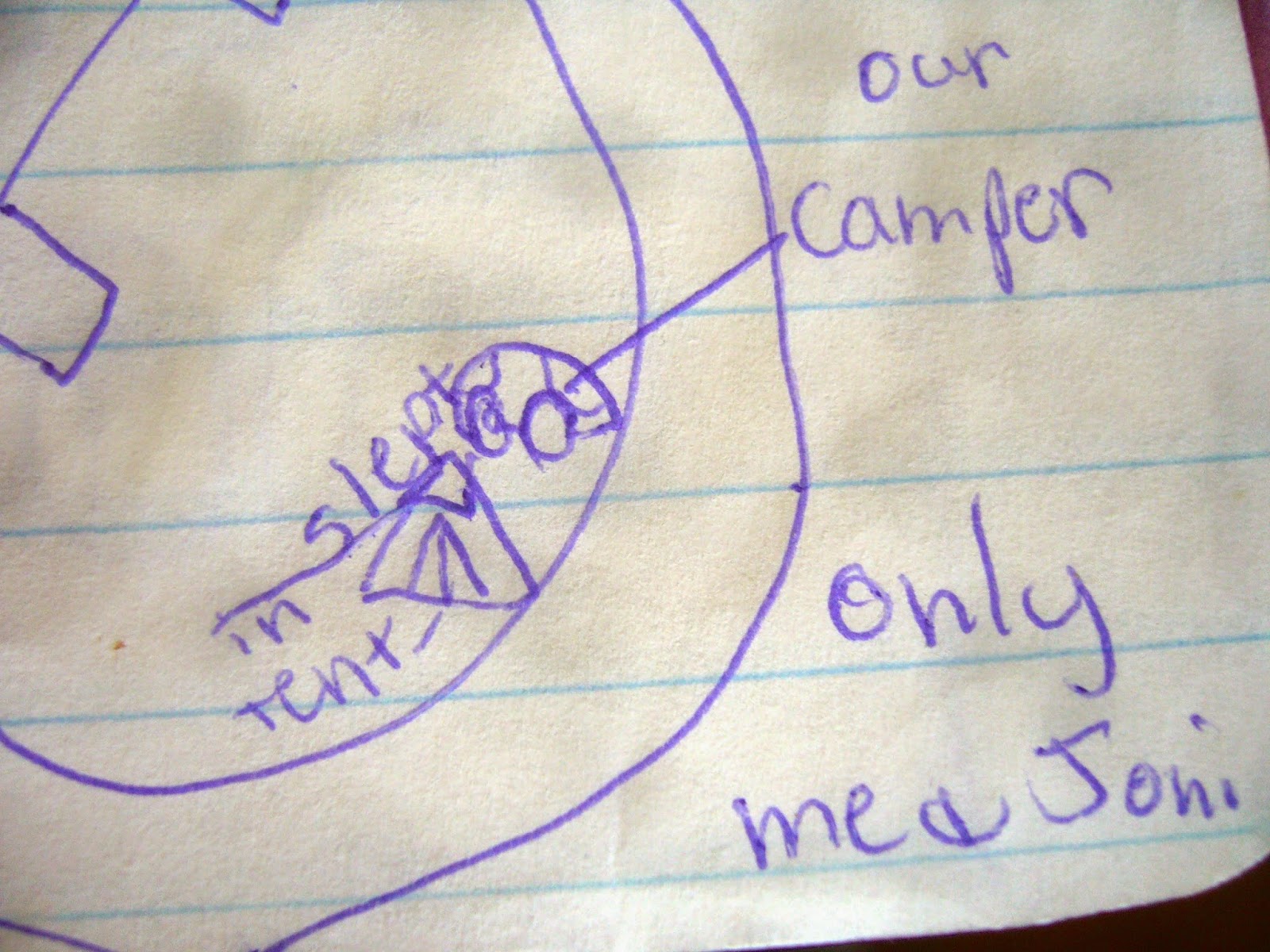 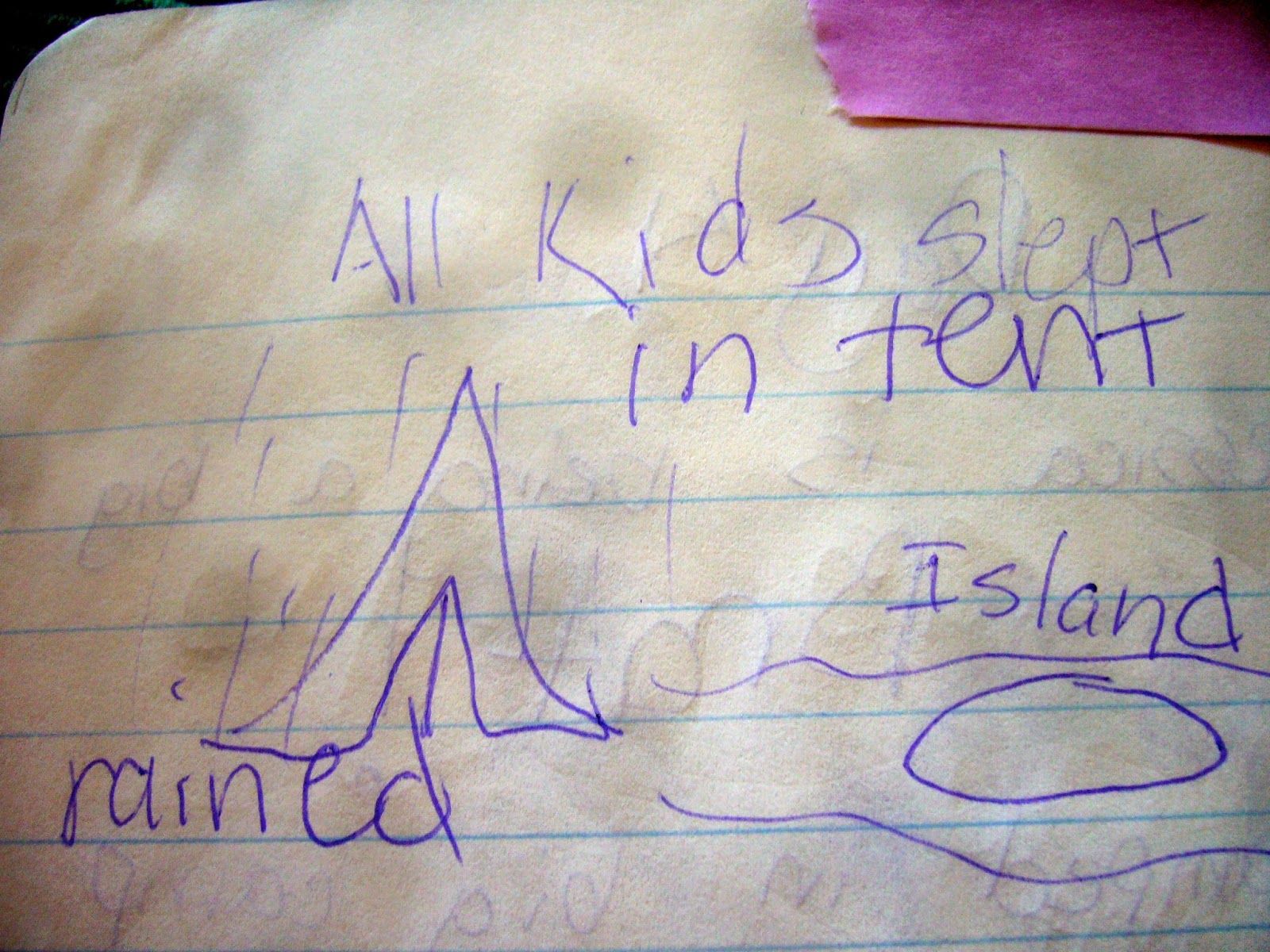 I can only guess as to why all the kids slept in the tent this night. 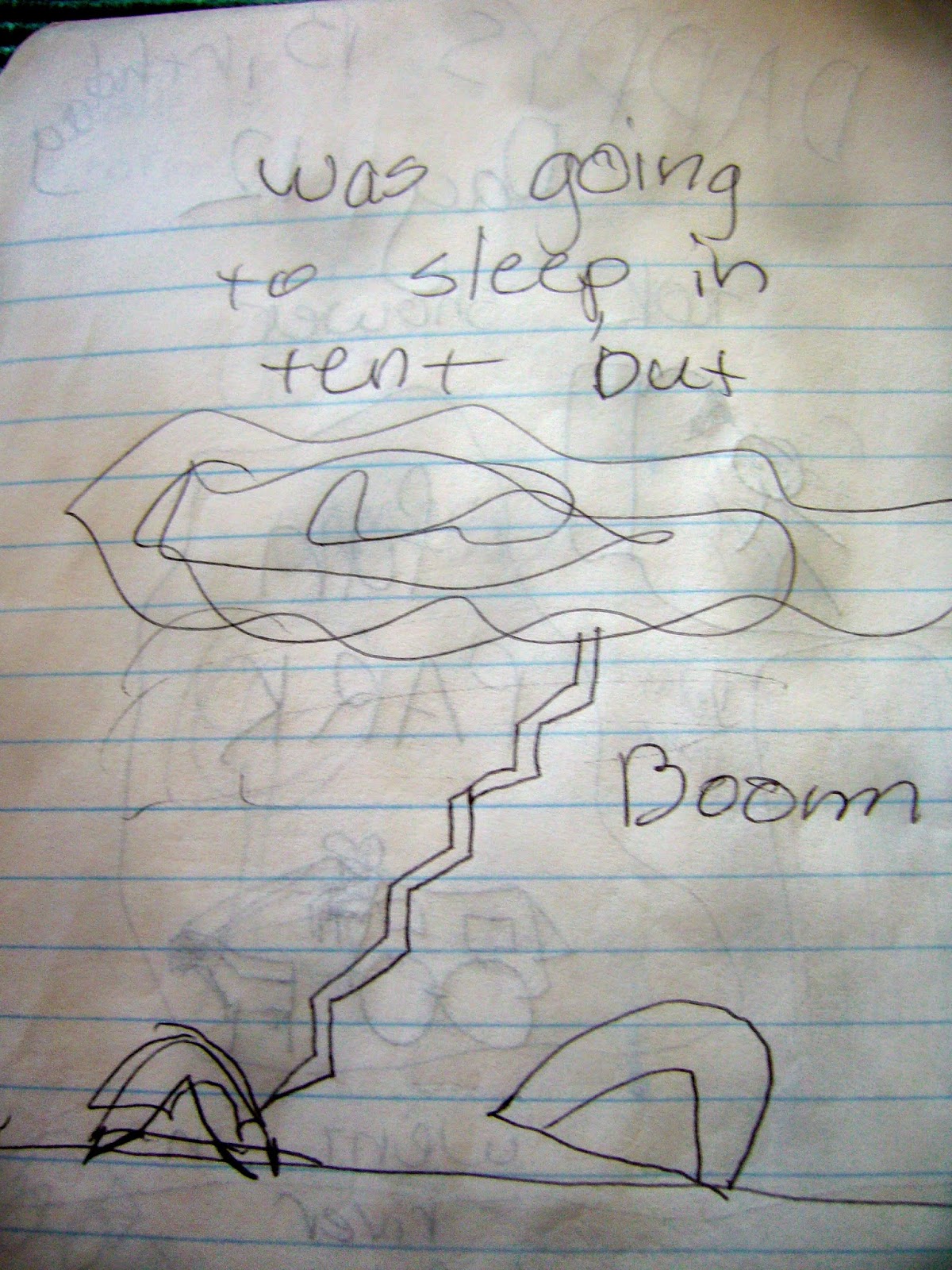 I must commend my mom in her preparations for this trip. Every 200 miles, we were allowed one item from a goodie bag. We drove through South Dakota, Nebraska, Oregon, Colorado, Nevada, Utah, Idaho, and Wyoming; we covered a lot of territory. However, I only made note of four items: a packet of Big League Chew, a roll of paper (intended for doodling, I suppose), a copy-cat game similar to the Bop-It, and a “dum basketball thing.”

She also brought along Adventures in Odyssey cassettes and On The Road Bingo. I think the bingo game must relate to one of my journal entries that reads, “We figured out how to notice cows.” I offered no further explanation.

My dad did his part in keeping us kids busy too. He gave us each an envelope with vacation money. I can’t remember if we all received the same amount or not. It doesn’t matter. Jacob blew most of his money on fireworks—“We found this big firework store and bought a lot. Jacob went crazy.” Jessica bought whatever looked good to her. And I usually returned home with money still in my envelope. Joni? Who knows what Joni did with her money, although one journal entry records that she painted my nails. 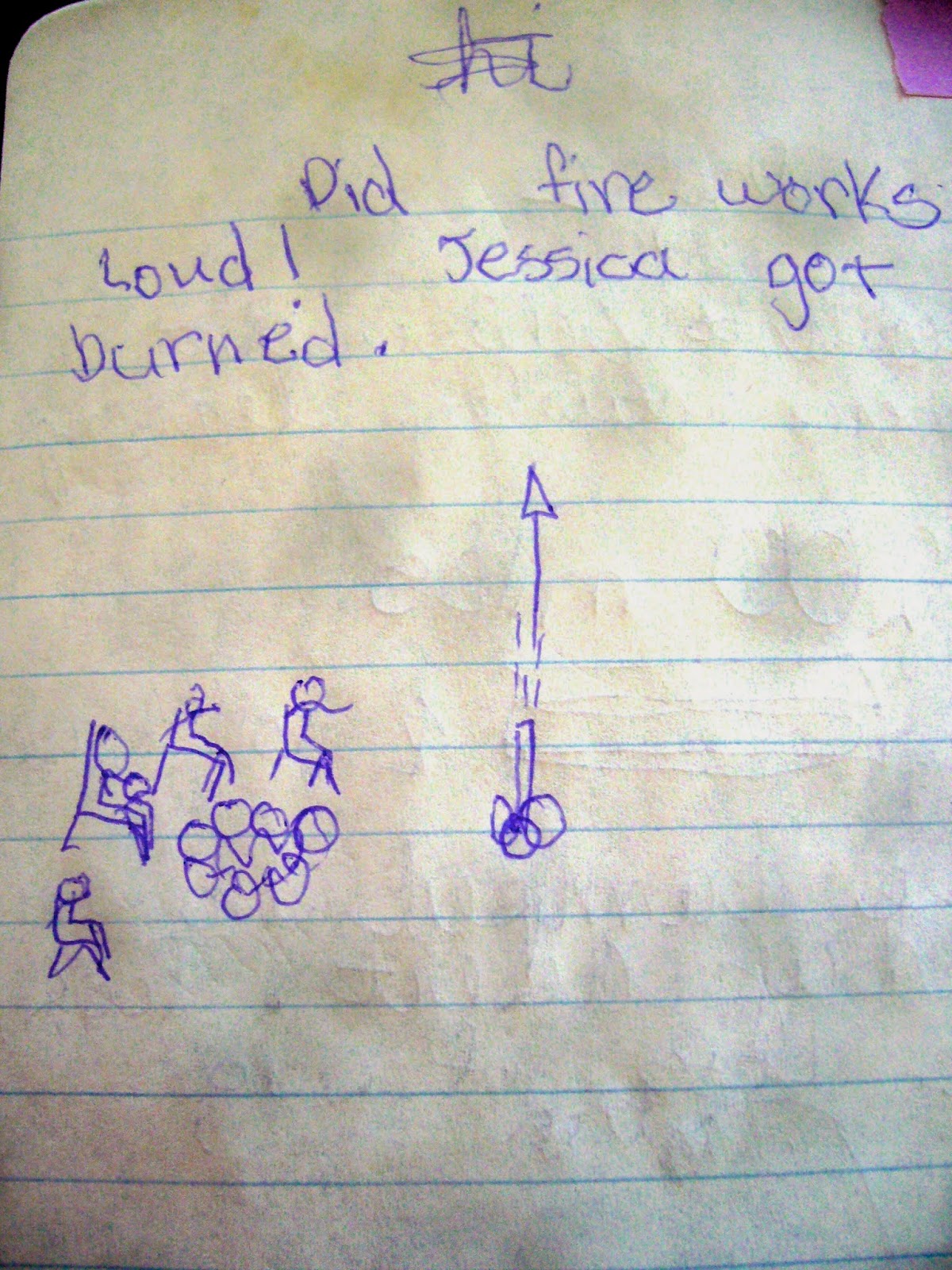 Our fireworks were without a doubt one of the highlights. My dad took our motorhome on many an unpaved road in order to find a secluded place to camp and set off fireworks. I recorded six times where I bothered to mention that we camped “in the middle of nowhere.”

July 15, 1995: “Yesterday we had this big firework show that Jacob made in Joni’s light house. When Jacob started the fuse at the bottom, the house started to burn and then it blew over. The fire works went off sideways and the whole thing was so scary.” 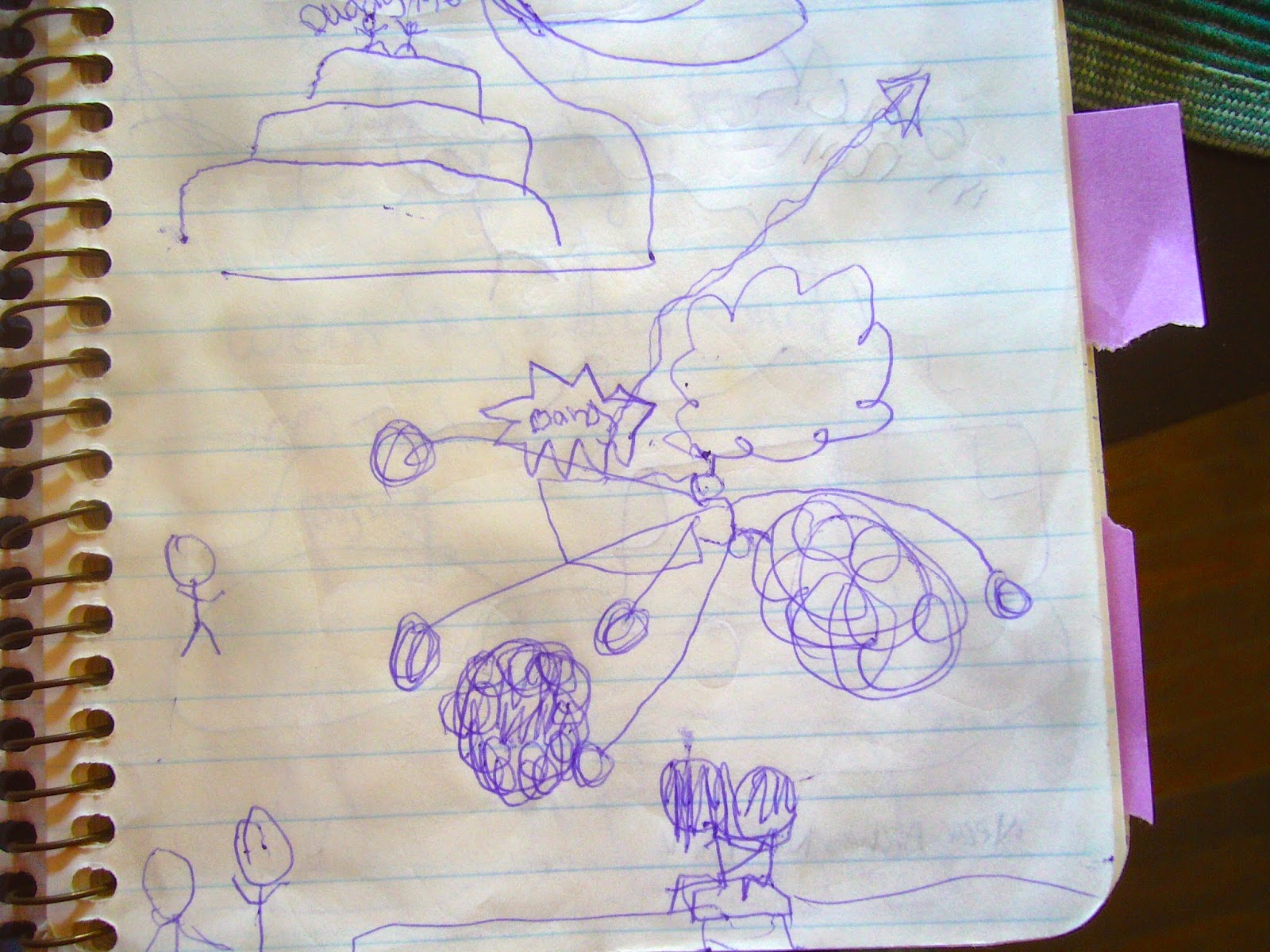 I also recorded many instances of rain. I don’t recall it making much of a difference to us. The moment the skies cleared we were outside hiking, biking, swimming and damming the streams. 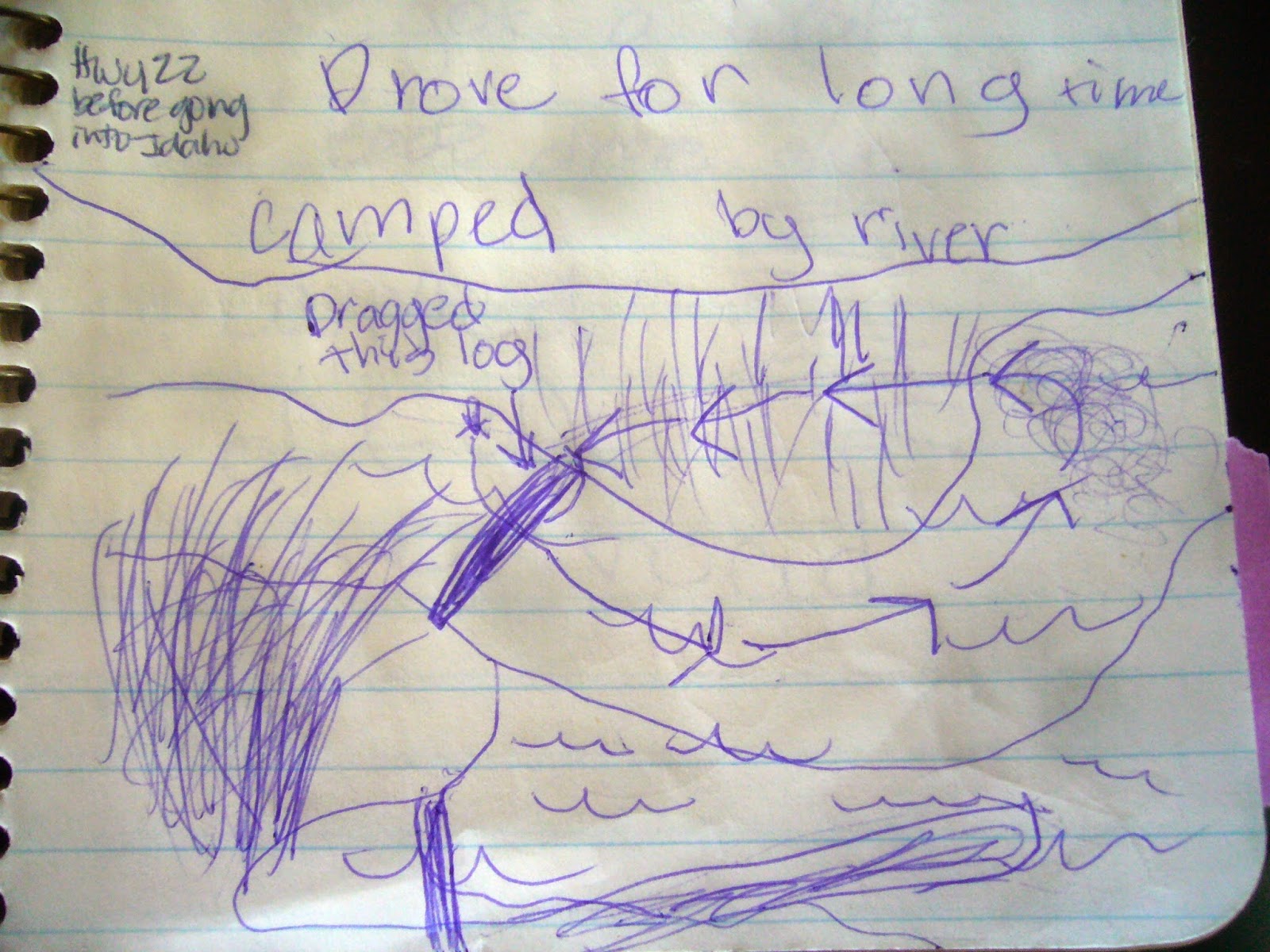 July 19, 1995: “We camped in a forest and in the morning I climbed this great climbing tree. I broke one of the branches. It started to rain and (inside) it was cozy. The sun came out and we went for a dip in the river. Then it started to pour. We bundled in the motorhome. The rain stopped and the sun came out. Mommy said we should get some exercise and to bike on our bikes five times around. I was freezing. This is the road. Pink me. Orange Jacob. Jacob said that mommy said that I had to put on this dumb hat.” 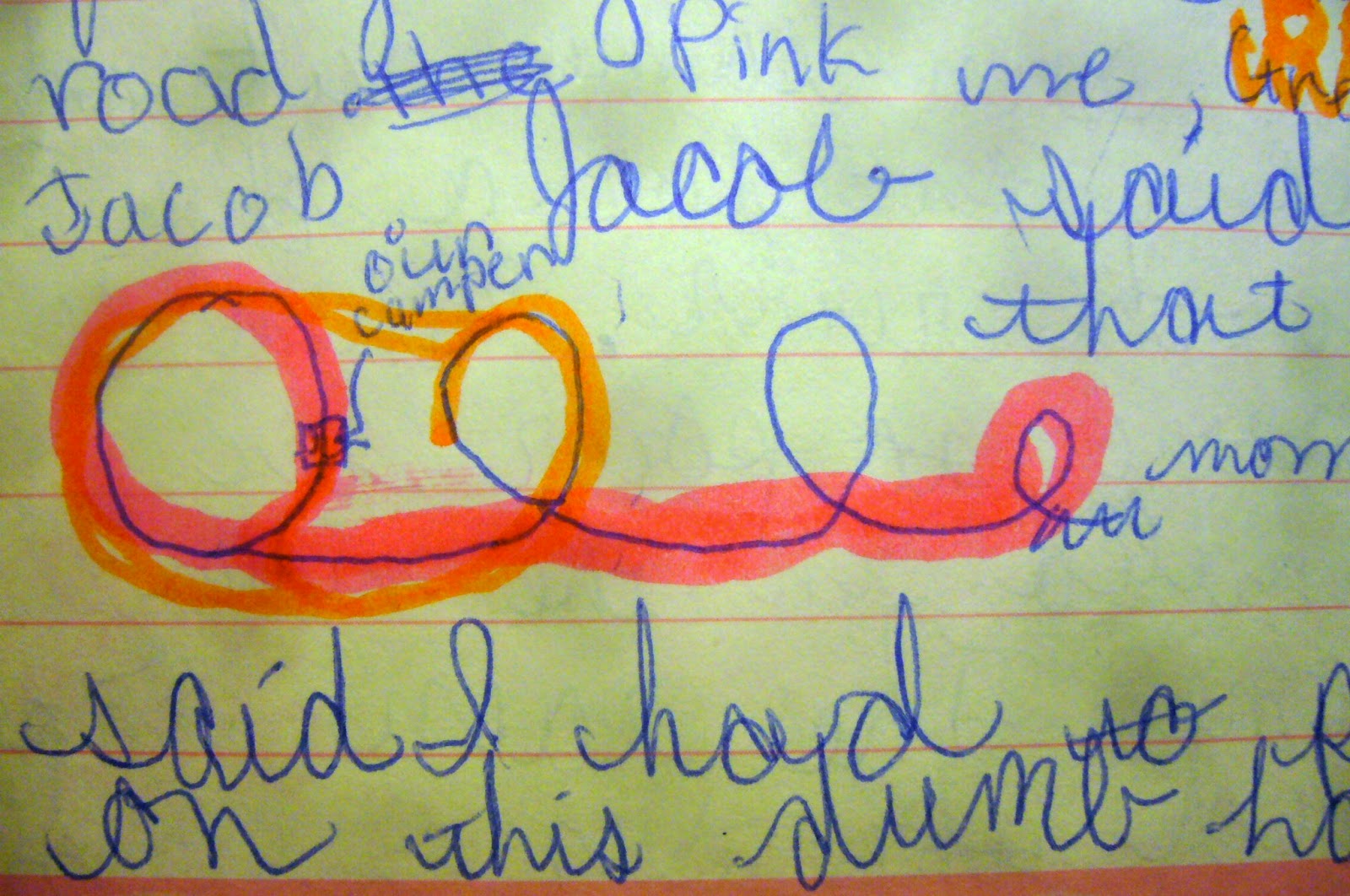 I’d like to point out that I rode my bike around the entire campground while Jacob made a smaller loop. 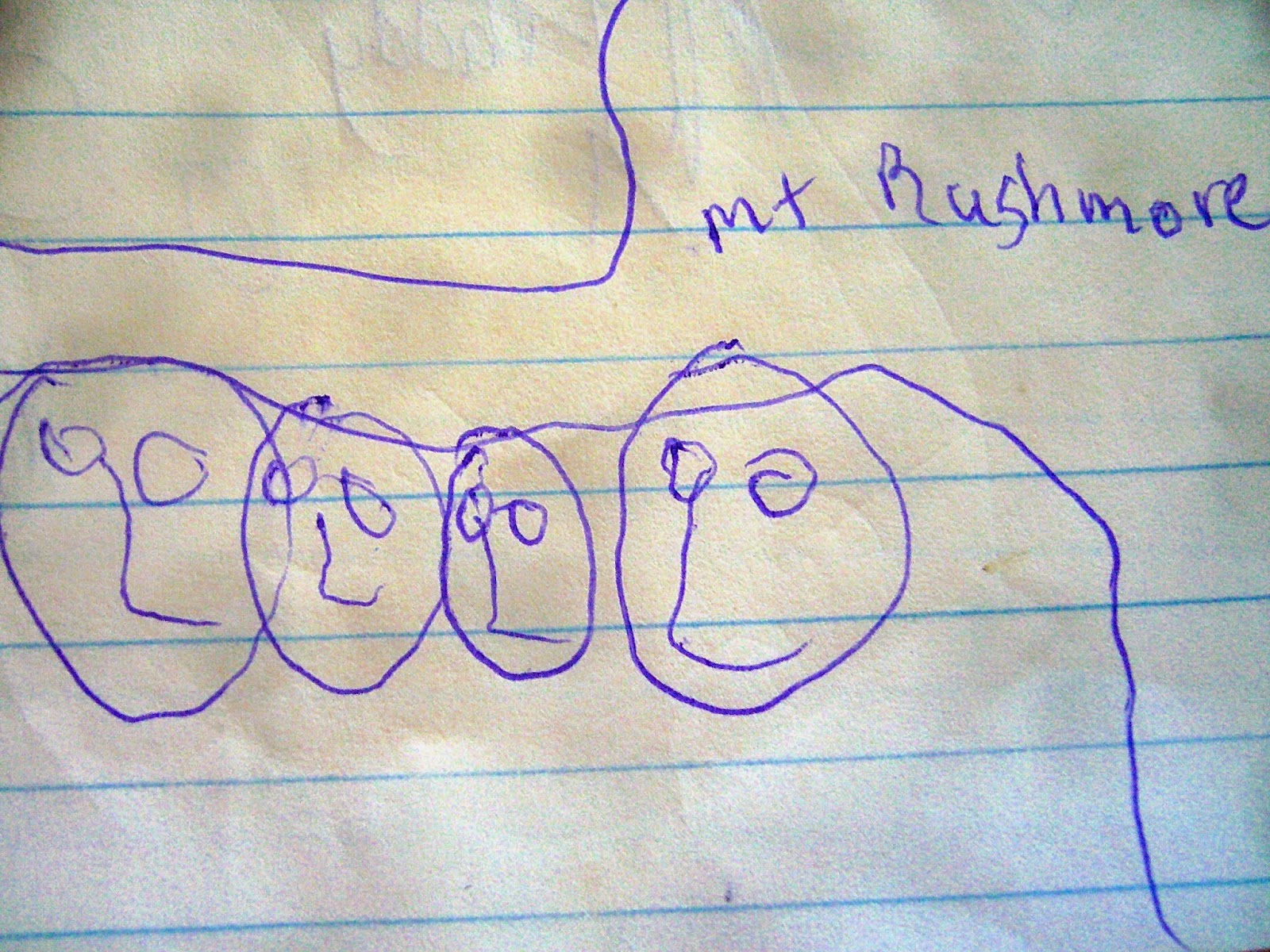 Yes, we saw Mt. Rushmore and Old Faithful, Crazy Horse, Devil’s Tower, the Royal Gorge and the Headquarters to Adventures in Odyssey. But I remember the adventures were really found in damming rivers, taking hikes, riding my bike, and setting off fireworks. That’s where we used our imaginations and ingenuity to their fullest. That’s where we played without fear of making too much noise or digging up someone’s planters or riding over someone’s property. We were in the middle of nowhere after all. 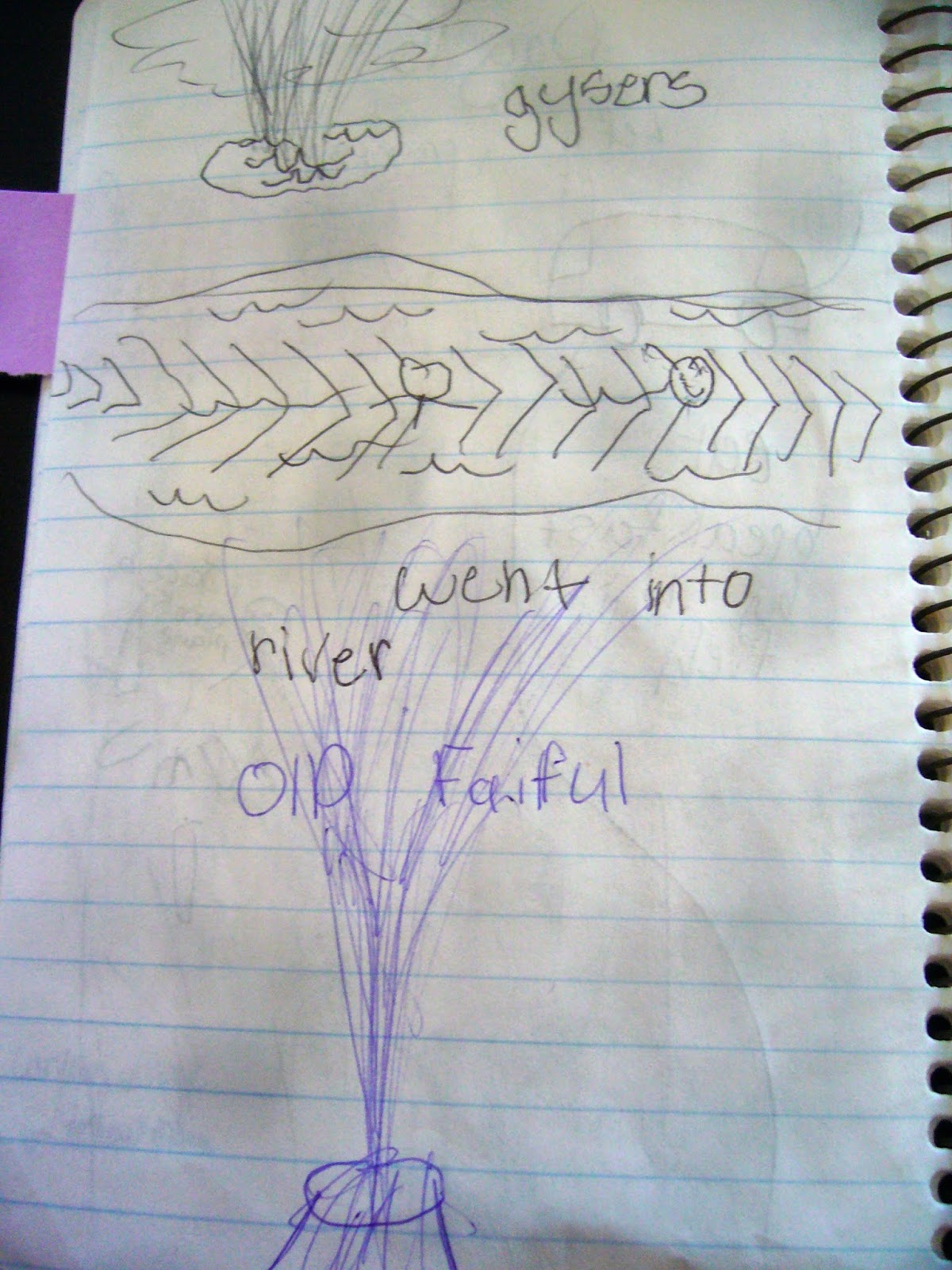