La Quinta with an Infant and Toddler

By Abigail Joy Stevens June 29, 2014
Just returned from a weekend in La Quinta where we stayed at the White's vacation home located in the La Quinta Cove. Temperatures were in the 100's, confining us to the pool or the air conditioned house, but I was prepared. Our first vacation with Rose went as smoothly as the date shakes at Shields. 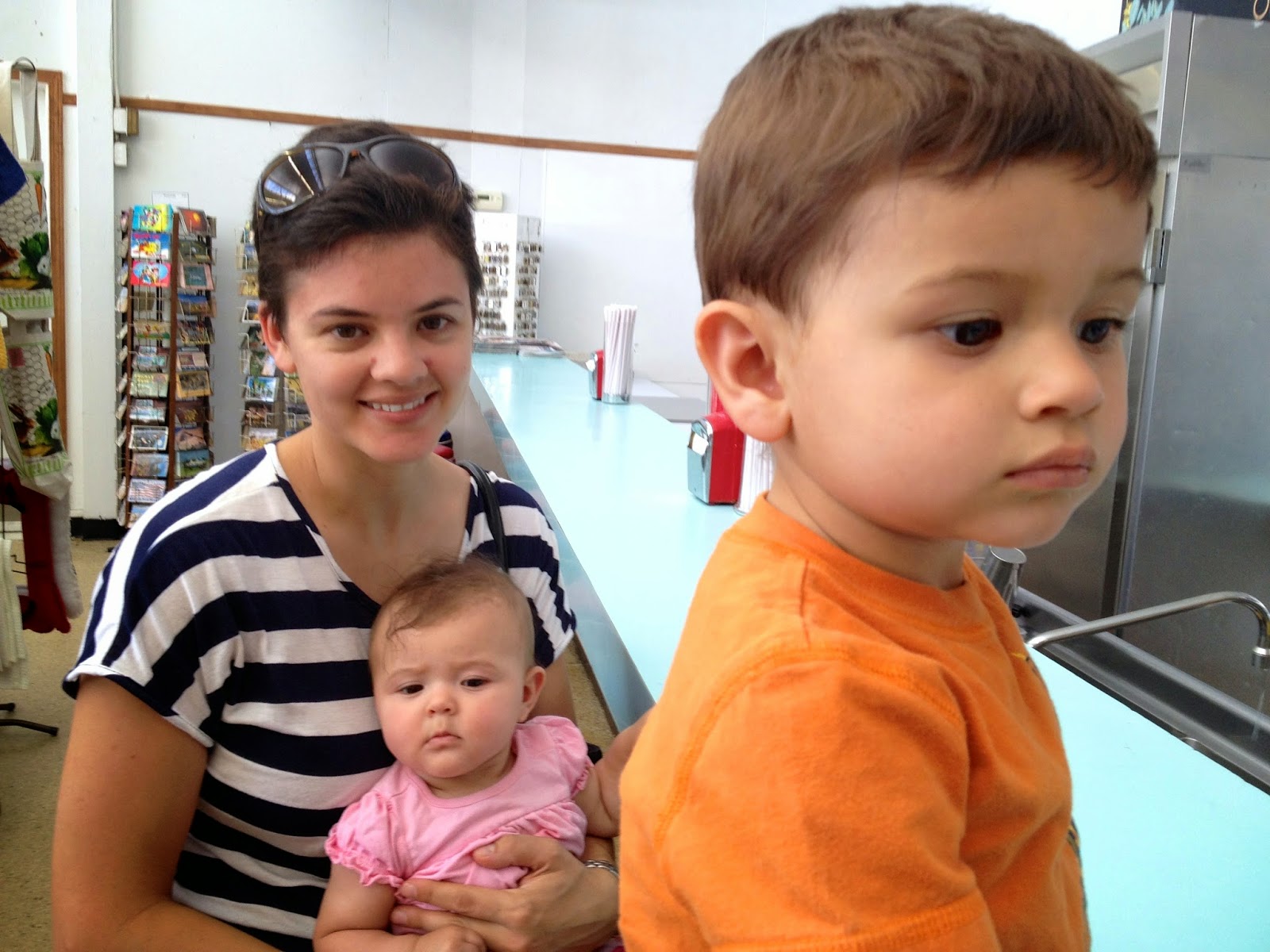 Here's what made this vacation with a 2 year old and a 5 month old work: the preparation and the prayer.

First, two weeks prior, I began collection supplies to create a busy box for Lee. I looked on pintrest for ideas that used everyday household items. The busy box contained ribbons, balls, balloons, cotton balls, the top half of an empty vinegar bottle, an empty coco box with a hole cut in the top, clothespins, knickknacks, straws, a plastic cup, wire basket, and an asian take out box. These were his inside toys. For outside I packed a bucket, sponge, toy boat, and paintbrush. I took a trip to the library for a bag of new books for the car. We also had three rather annoying children's CD's to listen to, if he became really cranky. As it turns out, I was overly prepared. The two-year-old was perfectly content to sip on his sippy cup and suck his fingers the entire way there. Sure, he also looked at the books I showed him. 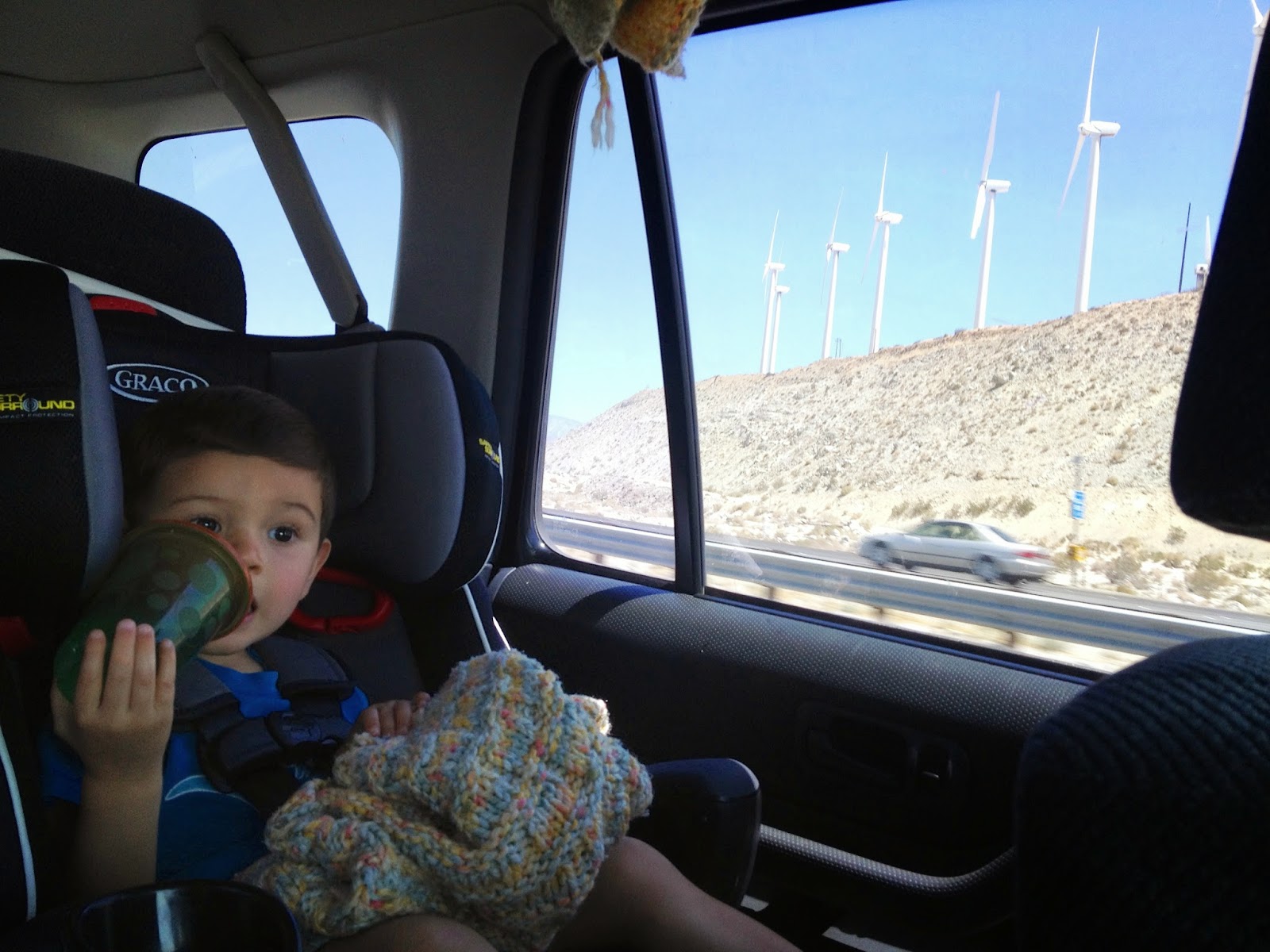 As for the packing, the making of lists put my mind at great ease. I had a list of food items, a list for Lee, a list for Rose, and a list for me. Phil kept his list in his head and made it up as he went along. I think this is why his toothbrush ended up in the center console of the car. 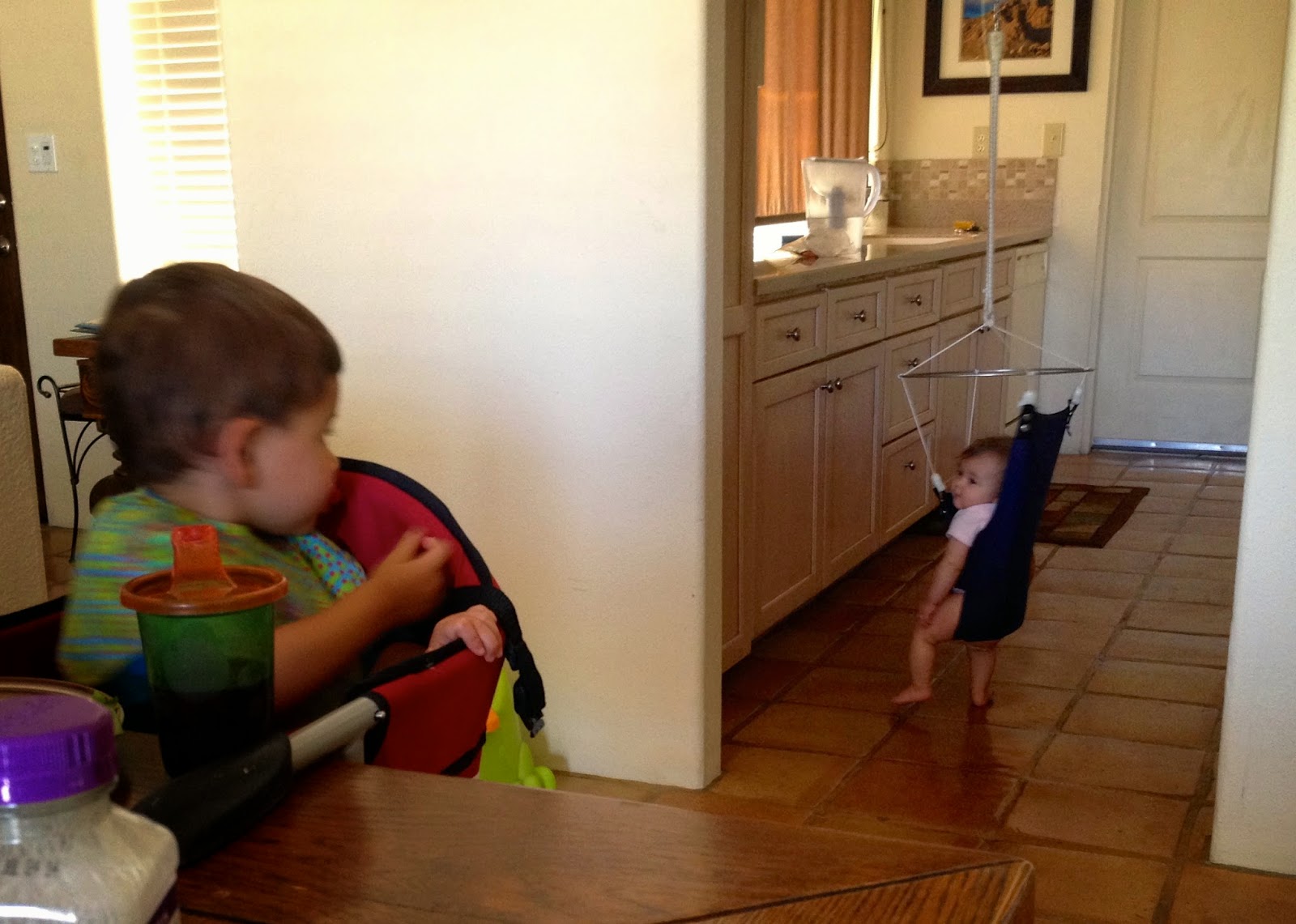 Rose tested out Lee and Finn Fincher's old Baby Float. She found the water so fascinating that she wanted to get it in her mouth and gag. So we held her most of the time while in the pool. She scowled at the splashing and occasional splatter across her face but she also learned to slap the water with her little fist. Another first for Rose this weekend was rolling over front to back. 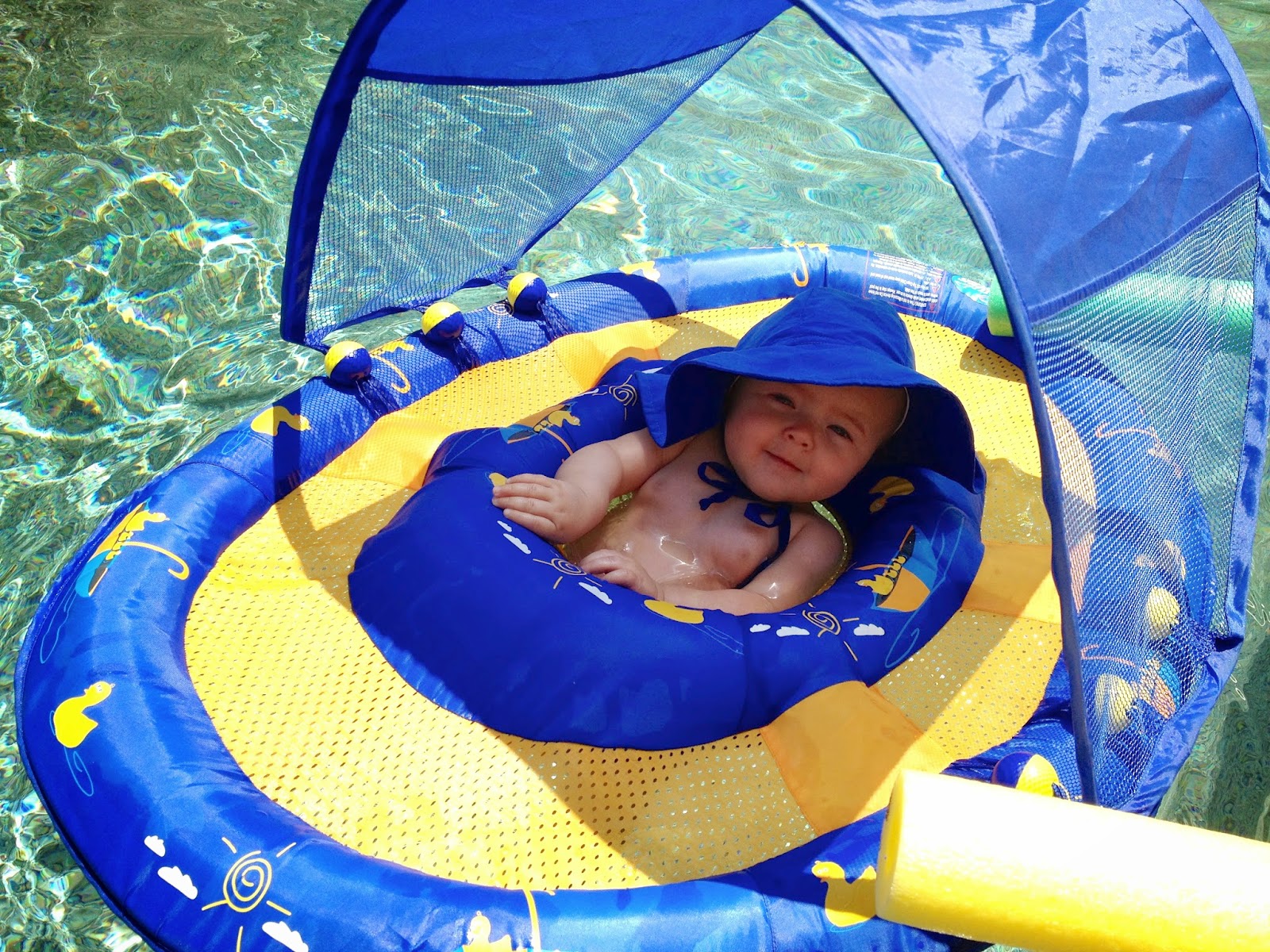 Lee took a liking to the White's floating lounges, which he called his boats. He asked for performances of a whale by Philip and enjoyed throwing his toys in the pool after Phil fished them out. Interesting side note: the swim trunks gifted to us by Jeff and Heather Himes were still a bit big for him, but he fit just fine into Rose's new swimming trunks. Rose and Lee shared the blueberry hat—a Mama Mina gift. 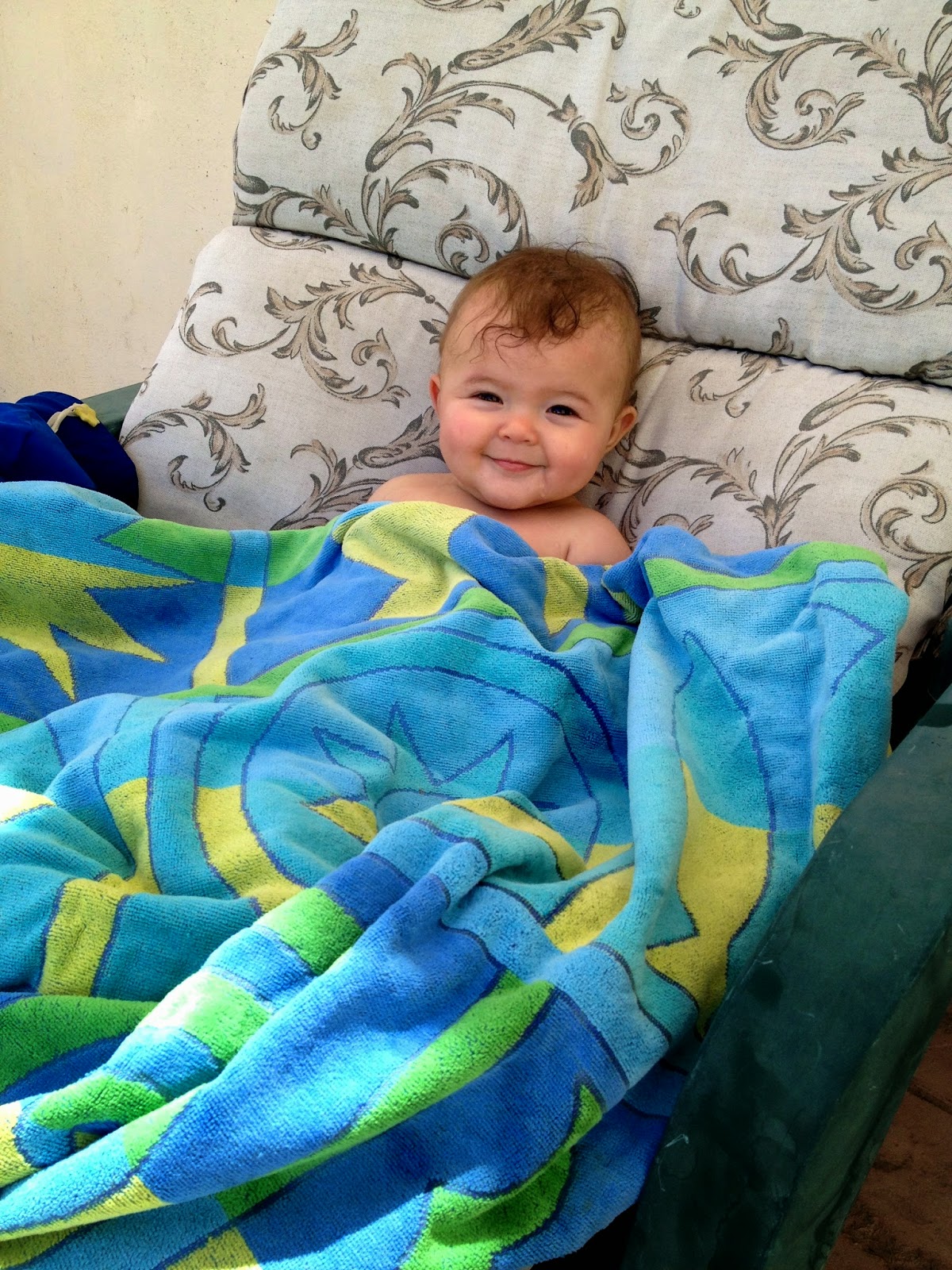 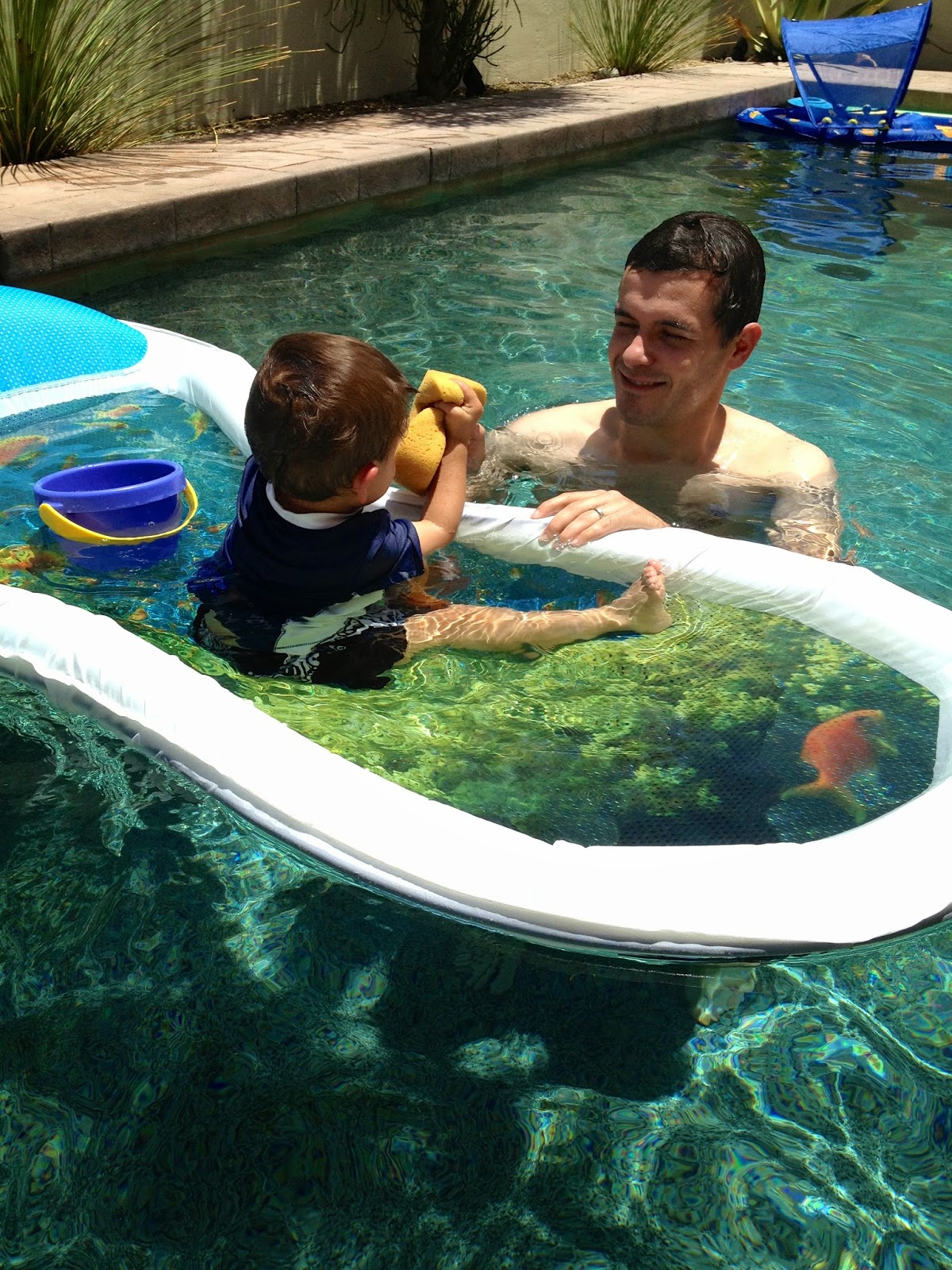 As we were in the midst of potty training, we brought Lee's potty chair and marshmallows. I think the trip away from home helped Lee understand that pottying occurs in all places. Upon returning home, he volunteered to sit on his potty chair without prompting twice. We'll see if it sticks.

Great Aunt Gretchen said…
Love these pictures Dad read the entire blog to Gpa and we discussed it all. So cute!
Glad you had such a good time for your first family vacation with 2 little ones!
June 29, 2014 at 10:11 PM