The Thing in the Compost Pile

By Abigail Joy Stevens September 15, 2014
I've asked our gardeners to dump the grass clippings and avocado leaves into our compost bin in the backyard. The heat from the grass helps decompose all the kitchen scraps that are buried underneath.

Last week I was working in the backyard with the children when I noticed some trash in the compost pile: old door hangers and business cards, things the gardeners swept into their trashcans and just dumped into our compost pile. I began picking out the trash when I noticed a rather large black body half-buried in the grass. It was furry.

My stomach dropped and I became very thankful that I was wearing gloves. Lovely. It was big enough to be a cat. Whatever it was, I knew it couldn't stay there, so I began brushing aside the grass to see how large it was. That's when I noticed that it had more than four legs. It had eight large fury legs.

It was a huge tarantula. I've never seen one this size. I didn't know they existed. Maybe on "Man vs Wild" on some South American episode but not in Whittier.

I calmed myself by remembering that it was dead before I grabbed a leg and flipped the thing over. That's when I saw the compartment for a battery on the other side.

An anonymous family member thought I should put the thing on the gardeners front seat next time they come. I like that idea. 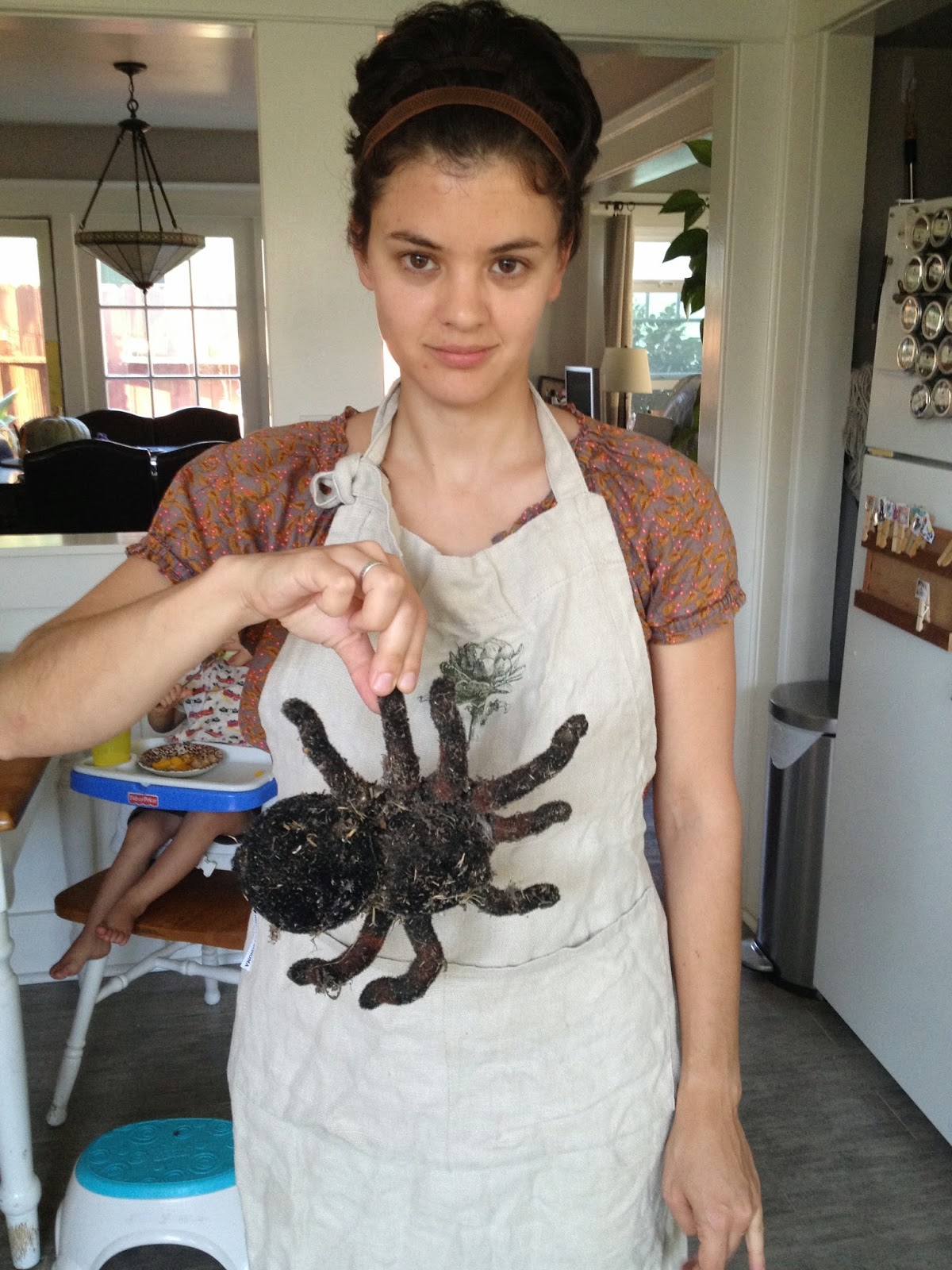