By Abigail Joy Stevens April 08, 2015
The Bible is hard. Its world is so different from ours. We don't wear togas. We don't sacrifice animals. We don't have kings or priests. We don't have prophets that we call upon to learn God's will. We don't see blind beggars or hear of people with leprosy, at least not in SoCal. We don't use the words sin or blasphemy. And just about anyone could claim to be God and not be put to death. They probably wouldn't even be institutionalized.

So I'm searching for symbols or traditions or rituals that can steep a child's thoughts in preparation for the truth. It's like singing the alphabet so that the child can learn to read. Or teaching them to count so that one day, they can do algebra.

But what are the numbers and letters of Christianity? It's all mixed through the Jewish traditions.

Can I ever present symbols more vivid than slaughtering a sheep on the alter? Or modernize the unleavened bread used to play-act a sojourners'  quick departure? Or invent a more tangible illustration of ingesting Christ than the Lord's Supper?

But I'm not a Jew and I didn't grow up learning these symbols. I have come from another culture. One that owns lots of things. One that makes oil changes more frequent than sabbaths. One that has defined community as something that can happen without ever speaking to or looking another person in the eye. One that reads the bible, yes, but is terribly awkward about communion, baptism, and clapping during worship songs.

This year we set up our spiraling wooden calendar on the dining table. Phil made it last year. 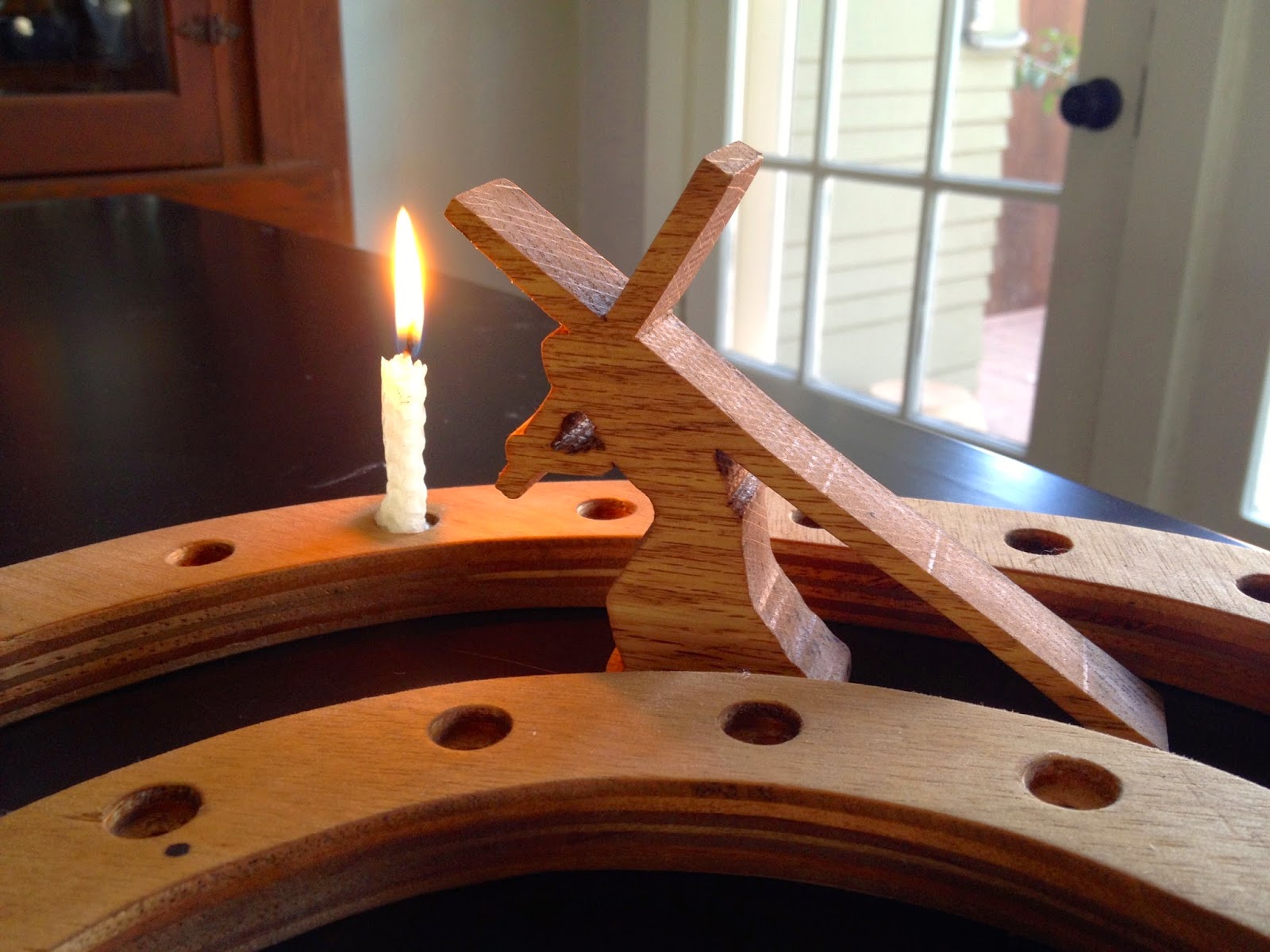 On Good Friday we removed the cross and put a camellia in its place. It seemed appropriate. We put flowers on graves. We did so last October for Jerry Stevens. I'm not sure why we do this. Perhaps originally it was intended to hide a smell. Perhaps now, its to remember the beauty in death. 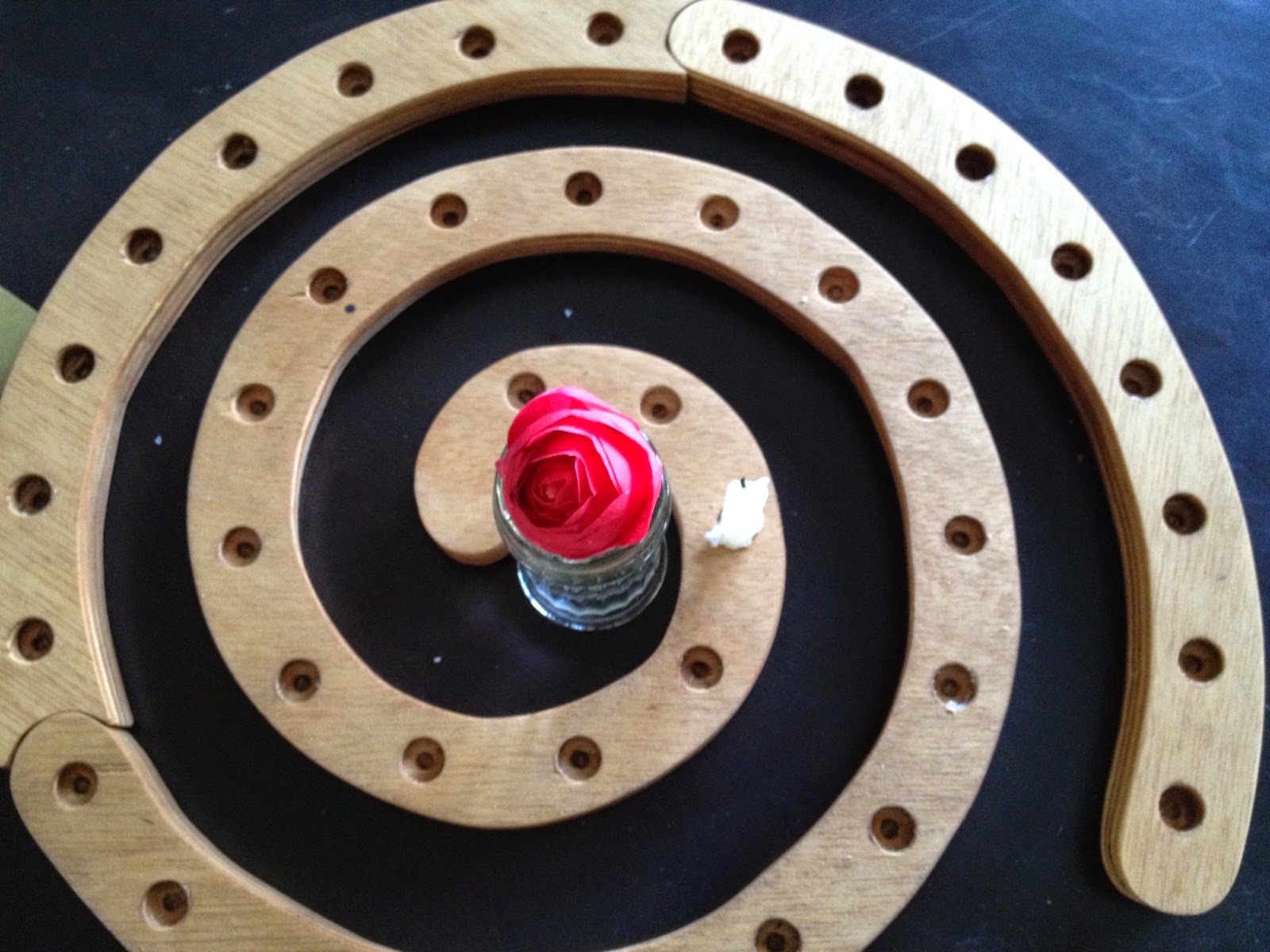 We decided to do so again. Phil and Lee picked a bouquet of nasturtiums and camellias. We drove to Rose Hills and put them on Jerry's grave. Phil tried to explain the soul to Lee, and I tried to keep Rose from eating the nasturtiums. 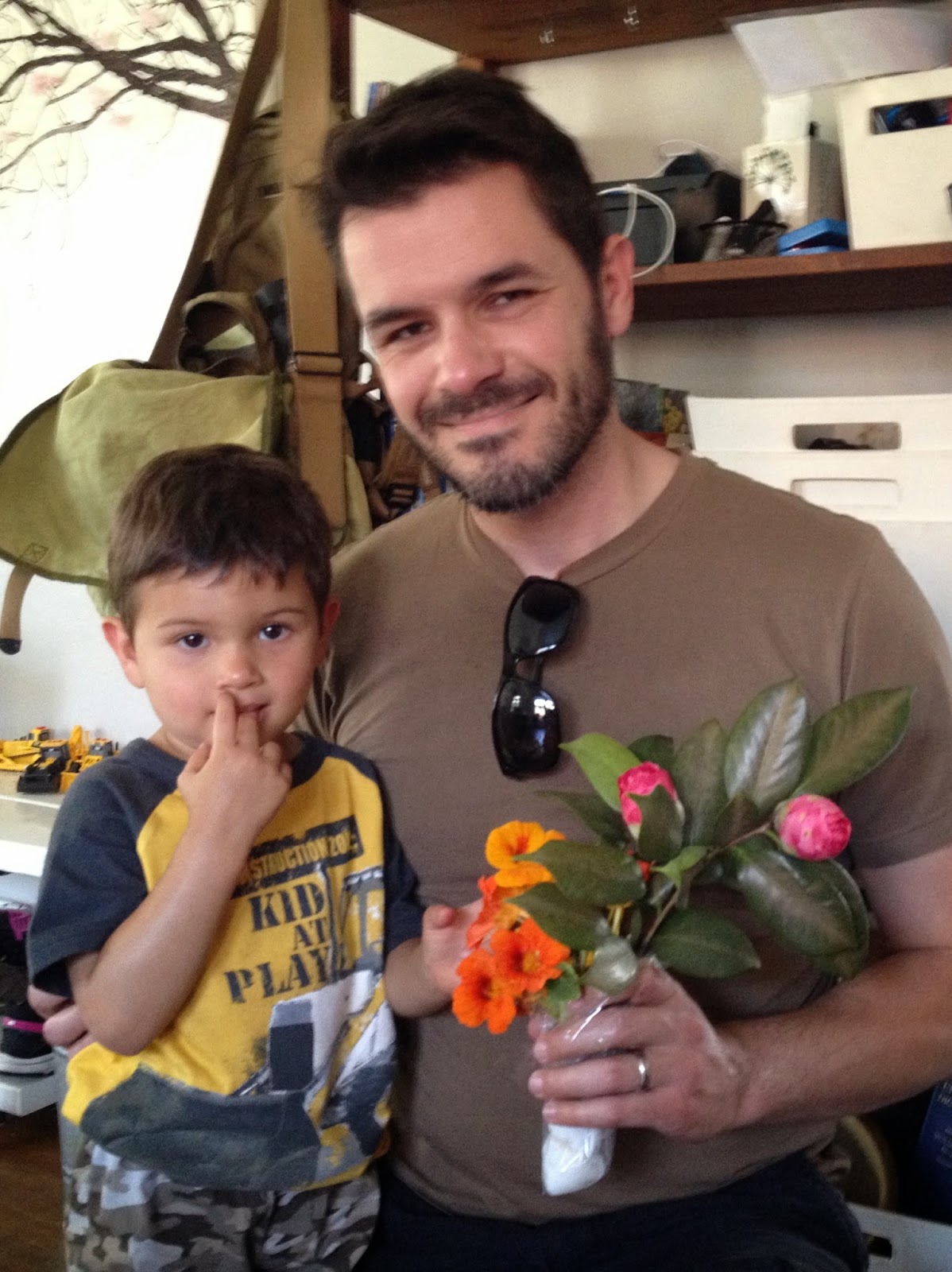 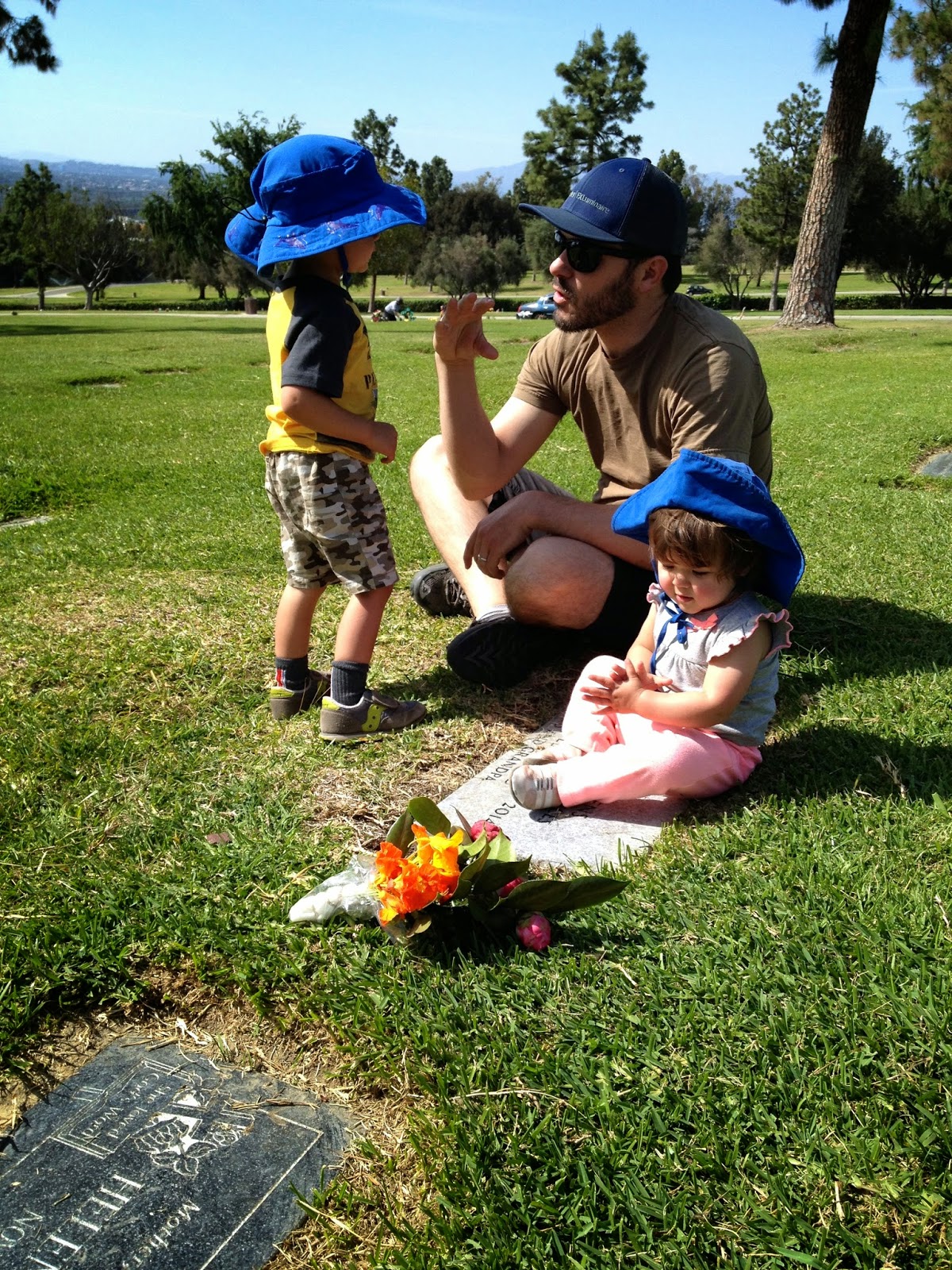 I was surprised to see how many others were also there at the cemetery. Two back hoes were hard at work digging new graves. The machines stole the show actually.

In the midst of Phil's soul explanation, Lee exclaimed, "Digging trucks there! Wanna go see them." So we buckled everyone back in the car to see the trucks and got Cinnabon on the way home. The souls and the cemetery will be there next year.

Grandma Seelye said…
These are all wonderful visual aids! Thanks for teaching God's truth early to your dear little kids!(our greats) Love you!
April 19, 2015 at 2:38 PM