Put in the Garage

By Abigail Joy Stevens June 03, 2015
I dug my dulcimer out of the garage the other night when Phil was working late. I brushed the cob webs off its trapezoidal case and slapped the padded sides to encourage the dust to go elsewhere. Then I brought it into the living room and laid it on the carpet. No one was stirring in their beds. No one knew about the treasure I was about to open. And I liked it that way. I wanted to peek at it by myself. So I unzipped the case. 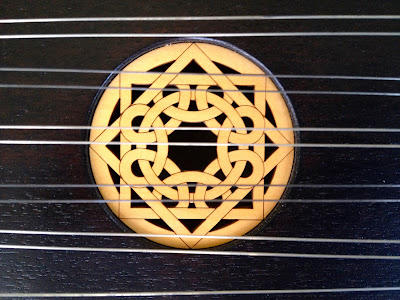 It was just as beautiful as I remembered. Those 102 lustrous strings glinted in the lamplight like a spider’s web stretched across the maple, rose inlays and the black-stained soundboard, smooth and polished. It’s like an instrument out of the past when carved furniture was passed down from generation to generation and when butter was made in a churn and women’s skirts showed off a lady’s wealth not her legs.

The strings are anchored at one end on a hitch pin and are stretched taut over the side bridge, under the treble bridge, over the base bridge, and finally wrapped around a tuning pin on the other side. Two strings for each note. Three octaves.

I think took it up in Junior High. It was either that or the harp. Everyone knew about the harp, but this was altogether different. People would ask me what it was when I used to lug it around. Even after placing it on its stand, people would look over my shoulder and ask how it was played.

I took pleasure in hammering out a tune on the strings across the bridges, light and dancing, so fast that no one could tell what strings I was hitting. It’s played by using two long and slender hammers to strike the strings not more than an inch way from each bridge. 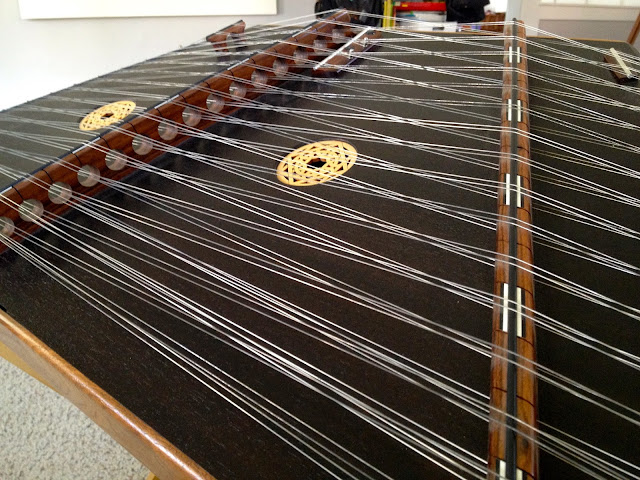 I set the dulcimer on its stand and took up the hammers. The grooved handles rested comfortably over my index fingers. I squinted at the ceiling trying to remember a tune or a pattern.

It’d been over three years since I’d taken it out of its case. Maybe I’d lost the ability to play. At one time, I was ready to donate it to a worthy cause. But the cause didn’t want it, so back it went into the garage.

My hammers struck one set of strings and then another. I expected it to sound tinny, thin and weak, like my old instructor’s dulcimer did because the strings were coated in Redondo Beach grim. But mine sounded clear and strong. The low notes reverberated deeply within the soundboard and the high notes pierced through the deep bass notes.

The hammers plodded up and down the strings until my hands hammered three familiar notes. AHA! I’d caught a tune. “Morrison’s Jig”, the first song I’d ever learned. I knew it without thinking. It came so naturally, so effortlessly, so perfectly. My hands followed the pattern that I’d learned years ago and practiced again and again. They knew to hit the higher notes harder and the lower notes softer.

It was like hearing the voice of an old friend over the phone or discovering something that you thought you’d thrown away.

After that came “Jesu Joy of Man’s Desiring” and “Scotland the Brave” and “The Skye Boat Song” and other songs whose names I couldn’t remember. The children slept. And Phil, far away at Land Concern, drafted. And I was here dancing and smiling to myself. Haha! I make melody! I make song!

It’s hard to say if the joy came from the beauty of the music or the discovery that I could still make it. The ability hadn’t been lost, just put in the garage for a few years.

They say that’s how it is with children. But its hard to believe them when this time of caring for toddlers seems to last forever. When will I have a meal without getting up? When will I have the evenings for my thoughts? When will I write fiction again? When will Phil and I be able to work on projects together? When will we have a quiet walk? When will I see a floor clear of toys or a table without yesterday’s lunch still smeared across it?

I suppose all of it has gone into the garage for a few years, and when I get it out again, I will love it all the more for its absence.

Great Aunt Gretchen said…
I just love this! I'm so glad it all came back to you! What a joy!
So glad you kept it. :)

Wilson Family said…
Abby you are so right--- things do get put in the garage for a few years when you've got littles at home. But they do come back to you and are so nice to enjoy again.
August 15, 2015 at 9:37 PM