The Small in the Sea 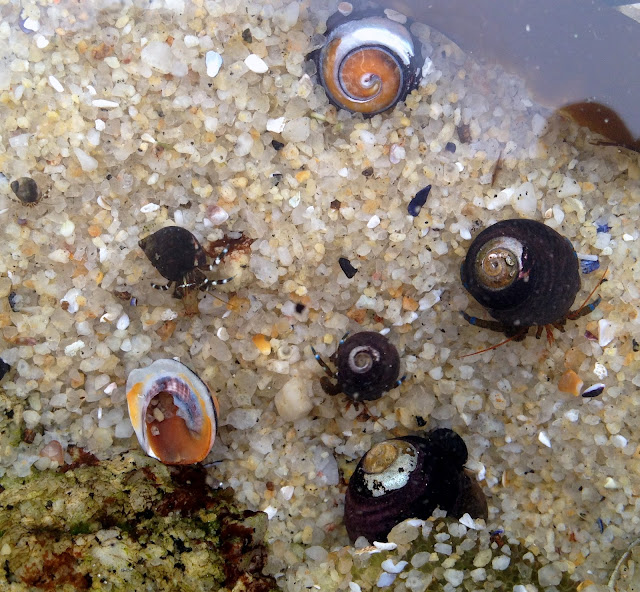 I spy the black and white striped legs of a hermit crab traversing the course sand and broken pieces of shells. I spy his sister two inches from his antennae, and there are their parents watching, and a distant in-law who has just returned from a vacation to South Pool where silver and orange shell-polish is in vogue. And off to the left is Tiny Tim, just a whipper snapper learning to lug his home across the terrain. They gather around Aunt Elma's empty house to decide if it's worth moving into themselves. But no, the interior decorating is a bit too eccentric for anyone in this hermit crab family. They prefer midnight brown with spires or gold and silver. Maybe the distant in-law will want this house. 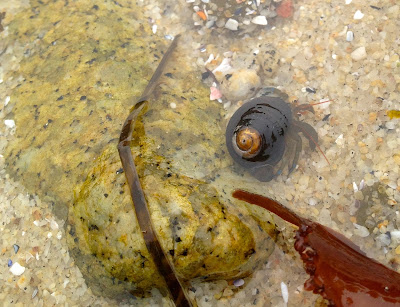 In the shallows of the tide pools I find numerous quantities of these little creatures. They pick through the tentacles of a sea anemone or riffle the long lobes of sea lettuce. They look like groupings of tubby old men trying to find their spectacles and maintain their dignity in the middle of a windstorm. And not far from them the white-foamed waves are rolling ever inward against the granite outcroppings. The tide is coming in and the old men haven't found their spectacles yet. I'm afraid they never will before the swells sweep them away. 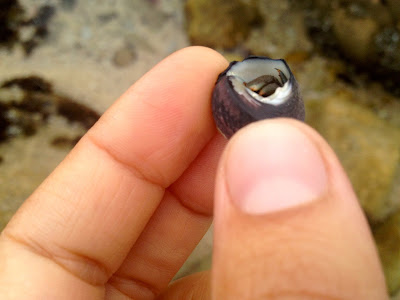 Already the rising waters have submerged my footrest where the green sea anemones are so closed in upon themselves and encrusted with a mosaic of broken shells that anyone might mistaken them for the rock. One touch and those spotted bulges shrink inward like shy children. 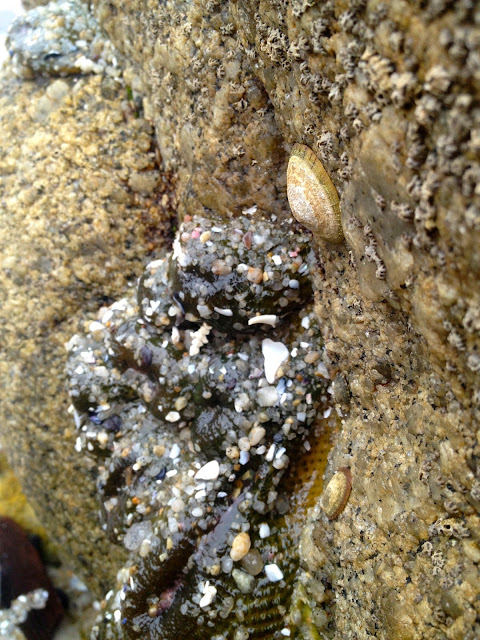 Next to them a gold and cream striped limpet clings to the wall. These paddy-hat wearing mollusks are all foot suctioning tightly in place. My fingernails were unable to pick them off the rocks, but the vain decorator crab is able to pry them up and use them to adorn his own shells. I saw it at the Monterey Bay Aquarium where other decorator crabs were using sea lettuce, surf grass, and algae to blend into their environment. The crabs will snip off pieces of material, chew their ends to roughen them up, and sticks them on their shells. When it's time to shed the old shell and grow a new one, the decorator crab will sometimes transfer some of his old ornaments to the new shell. Goodness! Hoarding among crabs! Have you seen the ocean and its lovelies? There's much more to be had. 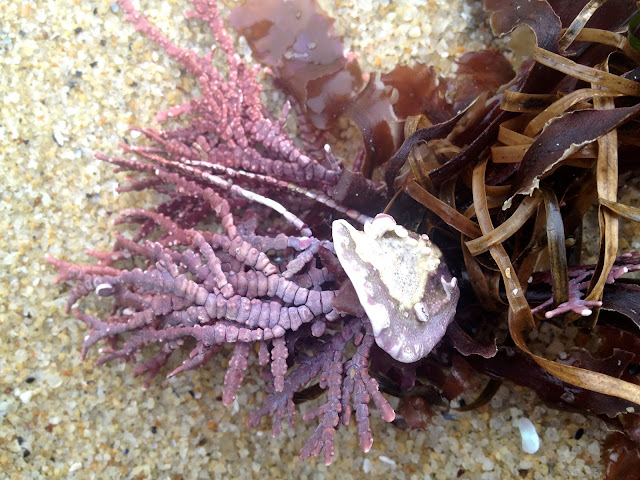 I have found a fascinating beauty. This coralline algae grows as flat as pancake batter clinging to the rocks where it spreads like purple paint. Given enough time, it grows upwards in pink and purple segments that look like animal vertebrae or a rack of antler-like branches. Little purple trees of the sea washed up in a tangle of kelp. The sun will bleach it white and the waves will crush it to tiny bits.

How small the beauties I see if allowed to be Annie Dillard of the sea!

But alas, the sand fleas are itching me and Phil has finished stacking rocks and now it is time to go. 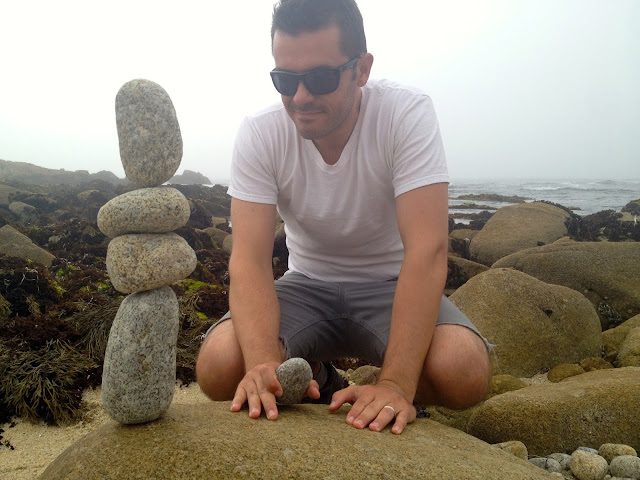