Laughter in the House 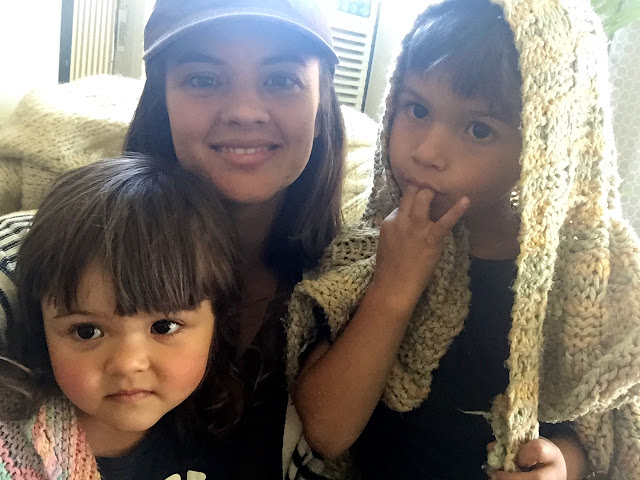 The children’s friendship has found new spaces to grow as speech and cooperation, sympathy and understanding increase. How sweet it is to watch them laugh together! They giggle at the repetition of the ridiculous: a non-sense phrase, pretend falls, supposed-physical feats, spinning around, and non-conventional eating. 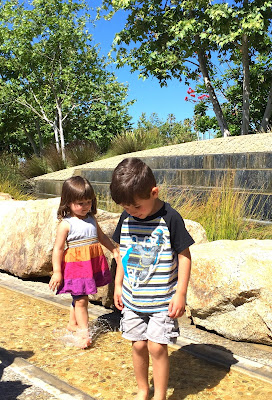 Their complimentary personalities make play pleasant. Lee wants to build forts and fight bad guys. Rose wants to read books in the forts, talk on a wooden block cellphone, and take care of the crying babies.

Lee makes Rose a Tinkertoy shooter gun, and they run about the house spitting out sound affects as they wield their weapons. When Rose gets hurt, as is often the case when little people don’t look where they’re going or take care where they’re putting their fingers, Lee brings Rose her comfort blanket. Outside, Lee will pick her soft baby fennel to eat from the garden. When Rose announces that she has to go potty, Lee tells her where to do it. He helps her take off her shirt to run about the house slapping their bellies and giggling. And he has just begun telling Rose when she's doing something naughty.

Rose, who is less timid about trying new things, will coax Lee into an activity by simply doing something first. She’ll boldly flirt with our motion-activated Scarecrow sprinkler. She’ll set the example of saying hello, goodbye, thank you, or please when Lee will turn his back on a conversation. She demonstrates hugs and kisses and normal conversation centered around another's interests and tastes rather than tigers falling threw the roof and hitting someone on the head. Yes, she'll run through the house pretending to kill me with her toy gun, but as soon as she pronounces that I'm dead, she'll give me a hug and a kiss and say, "Sorry, Mommy." 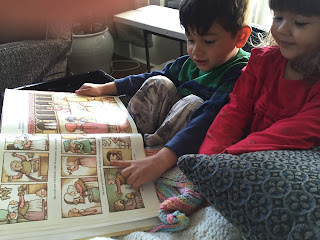 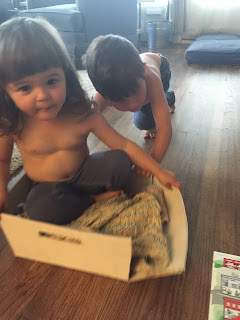 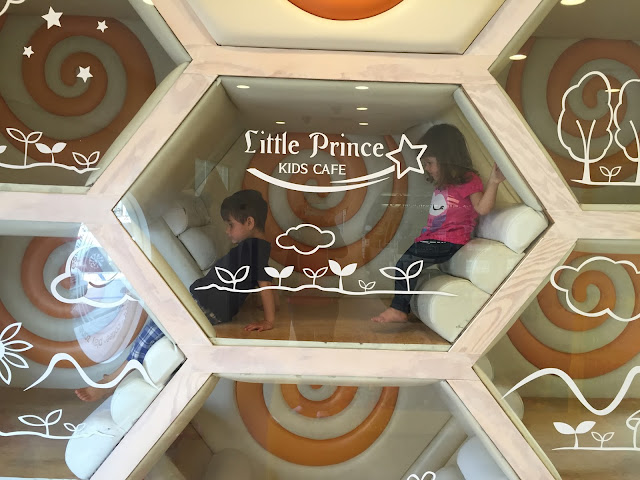 Most commonly played games are pretending the mats in the kitchen are islands to sit upon while eating snacks, reading books together in some hideaway, performing spins and belly flops on mommy and daddy's bed, going to the monkey zoo in the backyard either on the bike or big-wheel, climbing up on the CRV's hood, sitting on balloons, climbing in and out of the Pack-n-play, and hiding from daddy.

Daily their laughter fills the house. Daily I forget to give thanks for it.

Gretchen Jensen said…
I love this. The best thing about siblings is to have someone to do life with. Play, practice, fight, make up. It's such a good thing.
May 26, 2016 at 8:54 PM