The Problem of Pain


To the one who says, “I cannot reconcile a loving and merciful God with all the pain and suffering of this world. If there is a God, he is either wicked or weak.”

If you mean that a merciful God should intervene in painful circumstances, such as preventing fire from burning our hands or falls from breaking our bones, then it sounds like you wish the laws of nature to be different. That this world should be incapable of hurting us. No sharp edges. No precipices. No blinding lights. No wild animals. Soft. Blurry. Tame.

But perhaps that wasn’t what you meant. Perhaps you meant that God should protect us from the consequences of our choices. That if we drive impaired, our vehicles should turn into styrofoam. That when we try to gossip, soap bubbles come out of our mouths. That intercourse won’t work with multiple partners or if it does work, that it never passes on an STD or unwanted child. That bullets should evaporate when shot at humans, and that money spontaneously combusts when it’s exchanged greedily.

But if our poor choices have no consequences, then we have lost the power to choose entirely. That's like saying you can eat cheese or you can eat beef, but the beef isn't beef at all. It's actually cheese made to look like beef. Can we really choose the beef at all? No.

Similarly, if all our choices circle us back around to painless results, we are not really choosing to steal or kill or slander at all. We shall have no concept of right or wrong for we haven't the ability to choose.

Let us suppose then that you meant that God should only allow pain and suffering to happen to wicked people. Then, I must ask, who is wicked? Certainly not you. You’ve done nothing terribly wrong. And what you have done has been for good reason. The time you screamed at the children was because you hadn’t slept well. The rift in that relationship wouldn’t have happened if so-and-so wasn’t so hard to get along with. And what’s so wrong anyway with buying things that bring joy? You can’t be held responsible for the way those products affected the environment.

I don’t mean to make anyone feel guilty. I mean to show that everyone has their excuses. The drunk driver just wanted to be accepted by his friends. The sex trader was sexually abused as a child. The gossiping diva was told she was worthless and ugly. The woman who drowned her children was locked in a closet for the first three years of her life. The ladder-climbing CEO was dominated by a controlling father. The school shooter was shown more hatred by his peers than a Jew by the Germans.

We always have an excuse. Some excuses are more obvious than others. Some are wrapped up in generations of destructive patterns. And who is to say which excuses are valid and which are un-excusable? Only an omniscient being would know that. And his judgements might not look good to us because we can't see why he's making them.

I think that’s why so many people think this universe is meaningless. Not because there isn’t a reason for suffering, but because we don't know the reasons. A truly meaningless universe would look like cats raining from the sky, and gravity not working and flowers spilling from our mouths when we speak. No rules, no trends, no consequences, no relationships. That is meaningless.

This world is not like that. When we make poor choices, we see the results, great and terrible as they may be. And those choices have a ripple affect on all those around us. We have the ability to not only affect our children but our children's children's children. A dictator has the power to affect millions. There's no way to escape the influence of those around us, and to take away our power is to turn us into dolls.

And that brings me to the last thing that you might mean.

Perhaps when you say pain and suffering, you mean things like earthquakes and famine, things not caused by man’s choices. If God is good, why does he allow disasters to occur?

While such natural phenomenas are violent and seemingly random, a study of weather, tectonic plates, and ocean currents might make sense of it all. In fact if we hadn't severed our relationship with God in the garden long ago, who's to say we couldn't understand and control the powerful forces of the earth? I think that is what we were meant to do. But because we gave up that power in the garden, we cannot tame it now.

I think I hear you saying, “That was their fault, not mine. Why should I be have to suffer for their poor choices?” 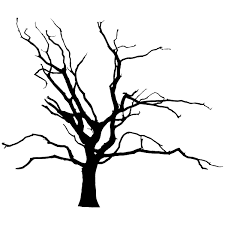 But that’s like asking if we can be something other than human, or if we can have our power taken away from us. It's like asking if a branch of a tree can be unaffected by the rest of the tree. If the roots take in poison, the rest of the tree will suffer and continue to spread it. No, it wasn’t the branches fault that the roots took in poison, but the branches cannot be saved from the affects of the poison unless grafted into another tree. One with good roots.

And there I must stop because as long as we shake our fists at the only tree with good roots, we shall not want to be grafted into it.

Abigail Joy Stevens said…
Thanks, Grandma. I think you can just print it right from the internet. Usually the printer changes it so the background is white and the text is black.
June 12, 2018 at 9:15 AM