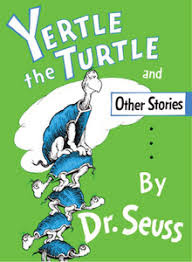 Lately, we've been reading a number of children's books about pride: Mustache, King Hugo's Huge Ego, and Yertle the Turtle. They're funny because they're ridiculous. They're also rather true. 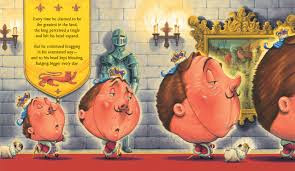 I don't mean that once upon a time a king was so full of himself that his head inflated to the size of a hot air balloon, or that the ruler of turtles once stood on top of all his fellow turtles so that he could see his vast territory. I mean that we get fat heads, and we like standing on top of each other.

I do it multiple times a day. I see someone with more or less than me, I compare, and then I come to the conclusion that either I'm better than they are, or they must think they're better than me.

Really, it's impossible not to notice the differences between myself and others. Some houses are nicer than mine. Some women are more beautiful than me. Some mothers are not as organized as I am. I have more kids than most. I haven't experienced as much hardship as some. And my kids are better behaved than so-and-so's. 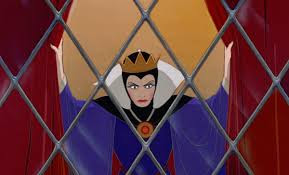 The comparison isn't the problem. It's the conclusion that possessions or knowledge or skills make me better than others.

It's a loathsome quality quite easy to spot in others. It's what made Disney's Gaston say, "And don't I deserve the best?" And it made the evil queen try to kill Snow White to remain the fairest of them all. It caused General Ratcliffe in Pocahontas to sing, "My rivals back home, it's not that I'm bitter, but think how they'll squirm, when they see how I glitter." Then of course there's Scar, Jafar, Shere Khan, and Ursula who all attempted murders in order to be on top.

In children it's quite easy to spot because they say it so blatantly. "I got a donut and you didn't." "I can jump farther than you." "You're saying it wrong!"

As adults we hide it a bit better.

Aloud I say, "Oh, is this your first baby?" but in my heart, I say, "Aha! I have more experience than you in mothering."

Aloud I say, "How nice that you get to travel to Hawaii!" but in my heart I say, "Must be nice to have so much money that you can travel around and vacation wherever you like! You probably think you deserve it!"

Aloud I say, "Thanks, that's an idea," but in my heart I say, "How dare you tell me what to do as if you knew how to run my life better than me!"

Aloud I say, "Oh, are they having marital troubles?" when in my heart I'm say, "They haven't figured out how to do marriage as well as Phil and me."

It's priding myself on how much I've learned about pride and thinking, "I wonder if so-and-so has learned as much as I have about pride. They sure could use it."

It's a sickness alright. A sure way to turn myself into a me-monster inside-out. Brian Regan's stand-up comedy The Me Monster says it quite well. It's pointing at everyone else and saying, "You . . . you . . . you . . . ME! See that? See the difference?" And the cure can only start when I recognize that I'm sick. That doesn't mean saying, "Yes, I've got a pride problem," But recognizing it in the midst of the situation.

The cure must be more than a bandaid of positive thinking. It's not enough to just stop feeling insignificant. We have to actually BE significant. And significance is something that's given rather than seized.

Think of it as a bunch of toys sitting on a shelf trying to prove to one another who is most alive. The Teddy bear and the porcelain doll can argue all they want, but until the good fairy comes along and taps a toy with her magic wand, they all remain motionless and dead on the shelf. Or think of it as a crowd of blue-collared workers arguing who'll look the nicest at a presidential party. But until the president actually invites them to the party, it doesn't matter that they wear tuxedos or tutus.

If all of us here are born mere humans, then only someone who is more than man can lift us out of our simple, common humanity into something greater.

I think you know the rest of the story.

But in case you don't, yes, Jesus died to lift us out of our humanity. But asking him to save me one day won't cure me of my pride everyday. Hence, my problem.

It's asking him to save me today, and then believing that when God looks down at me, he sees Jesus and says, "You're good enough." To believe that Jesus has made me good enough is to stop thinking that I need to be better than someone else.