By Abigail Joy Stevens December 14, 2019
When someone irritates me or offends me or seems inconsiderate, I have three things to consider:

1) I might consider what their words or actions say about me.

2) I might consider what their words or actions say about them.

3) Or I might consider what their words or actions say about the universe.

I'll probably consider all of these. However, one is more assessable than the others. Trying to understand the universe sometimes makes my head spin. And I don't have access into other's hearts and minds. I do have access into my own though.

Considering what someone's unkindness reveals about myself is the most fruitful. I might discover all sorts of insecurities or unrealistic expectations or unsupported assumptions within me. I might learn that I was placing my faith in what someone thought of me instead of what God says about me.

But I want to consider the dangers of the second option: what someone's words or actions say about them. Dwelling too much on this option can be dangerous.

Let's say someone's words hurt me. I might believe that that person was acting in an inconsiderate way and I might be right. I might then judge them to be selfish. The first belief says something about their actions and how they affected me; the second says something about their heart and their goodness or lack thereof. The first is a judgement I have every right to make; the second is God's territory because only He knows and rightly evaluates people's hearts.

Making value judgements about others can hurt me as well as my relationships. It creates a crust over my eyes, so to speak. It can cause me to interpret all they do through this impairing crust. For example, I may see a supposedly selfish person giving to the poor and assume that they are just trying to look good. This crust makes it impossible for me to see the person as they really are.

I can also form this kind of crust because of people's kindnesses. Someone takes me out to lunch or compliments me, and I believe this person is wise and good-hearted. Again, I'm forming a crust and viewing everything through it. I'm making a value judgement about their goodness.

God has a way of cracking through the crust over our eyes though. It's called real life experiences. One day the supposedly-altruistic person acts inappropriately, or the supposedly-selfish person acts kindly towards me. Suddenly, reality pokes through my blindnesses. I can then chose to peel the film off my eyes or continue in my delusions.

So how do we keep from forming a crust over our eyes in the first place? If we don't make value judgements, how do we view people's offenses? 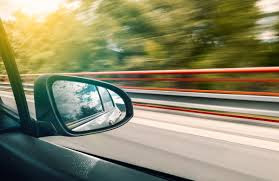 Perhaps we can think of other's words and actions as if they were glimpses out my car window. When I'm flying by at 80 mph, and I catch a flash of red and skin, I might believe that I just saw a hooker. Maybe I did, but I must remember I only caught a glimpse.

Our encounters with others' words or actions are glimpses at 80 mph. They express a particular way someone was interacting with the world in a single moment. We have no authority to decide what was going on inside of them based on those glimpses, even thirty-thousand glimpses. Our view of the world is limited to this car and the fast pace at which we're traveling. Thus, even making value judgements about the people closest to us, is a bad idea. God alone can judge whether a person is good or not.

As an analyst and a writer, I love imagining what's going on in other people's heads. I love making up stories about what might be happening within them. However, I must never put my trust in those stories. Instead, I think of these flashes of information as millions and millions of puzzle pieces. I love trying to fit them together, but ultimately, I must allow for the complete picture to be put together by God himself.

In fact, the best way to view others is how God views them, but that's another post.