An Erupting Volcano and Sheet Music 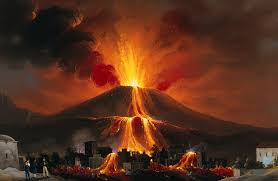 I find it hugely interesting to cross-check facts online and listen to people's opinions about COVID-19. However, I'm starting to see how this sort of research can only get me so far.
The fact of the matter is I don't make my decisions based on the news, but rather on my values. I'm pretty sure this is a thing all human beings do and not just me. Allow me to explain.
The news might report that a volcano is erupting on an island, and that the lava will most likely wipe out an entire village. The villagers are warned, but one islander decides to stay. We could argue with him all we like, but until we understand that he values his ancestral home more than his life, we are wasting our breath.
Likewise if someone values maintaining inner positivity over securing their future against all possible forms of COVID-19, they might stop watching the news right now. Someone who values social justice more than keeping the peace may decide to march in protests or speak out against socio-economic impartiality. Someone who values helping others more than maintaining personal freedom might decide to quarantine and practice social distancing and anything else the news might recommend.
I can argue with others about what's on the news until I'm blue in the face. But until I can understand and respect others' values, I will probably not get very far. Now, I may think my values are better or "more Christian-like" than others, but that is rather ego-centric. All values, when boiled down to their underlying desires, are good. None are wicked or bad.
What is bad is the pursuit of our pet values at all costs. Pursuit justice at all costs! Pursuit of helping each other at all costs! Pursuit of getting things done at all costs! Pursuit of health and safety at all costs! Pursuit of personal freedom at all costs! Pursuit of friendships at all costs! Pursuit of loyalty at all costs! These are some of the Enneagram values by the way. (See Intro about Enneagram for more on that.)
"The most dangerous thing you can do is to take any one impulse of your own nature and set it up as the thing you ought to follow at all costs. There is not one of them which will not make us into devils if we set it up as an absolute guide." (Lewis, 11).
Some may think that helping others is a safe guide to follow but people who help others at all costs so often neglect themselves or inaccurately presume they know what is best for others. Some may believe personal safety is the absolute guide to follow, but people who pursue this so often ignore what is best for the heart and mind, which doesn't always coincide with personal safety. 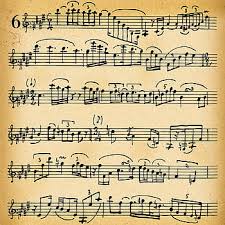 Christianity is about rightly using all values (or impulses as Lewis calls them) at the right time. It's like playing a song correctly on a piano, every note played at the right time. And when is the right time?  When the sheet music says to play it.
I think we like to presume we're playing the sheet music right, or at least we're playing it better than so and so. It's a common flaw among humans, including Christians. We like to show how we're following along with God's sheet music, and thus, we're above blame. So we approach the news or the Bible seeking support for the song we're already playing.
"Most of us are not really approaching the subject in order to find out what Christianity says: we are approaching it in the hope of finding support from Christianity for the views of our own party. We are looking for an ally where we are offered either a Master or—a Judge." (Lewis, 87)
"You will find this again and again about anything this is really Christian: everyone is attracted by bits of it and wants to pick out those bits and leave the rest. That is why we do not get much further: that is why people who are fighting for quite opposite things can both say they are fighting for Christianity." (Lewis, 85)
What is one to do? More research? More defense of one's position? I'd like to suggest one course of action, and I say this to myself more than to you.
Seek out God's sheet music. Discover his song as if your life depended upon it. In the same way you research vaccines and politics and statistics, look for God's way. You'll know when you've found it because when you do, you'll simultaneously discover that you're not following his sheet music at all. In fact, the more you learn his sheet music, the more you'll see how dissonant you actually are.
What follows then, might be gloriously melodic.
It might even resemble an islander leaving behind his ancestral home in order to live a new life elsewhere.
Lewis, C.S. Mere Christianity. New York: HarperCollins, 1996.

Justin Francis said…
This is excellent! may I have your permission to share a snippet or two from this?
August 8, 2020 at 3:27 PM