Put on the Fancy Smancy Clothes! 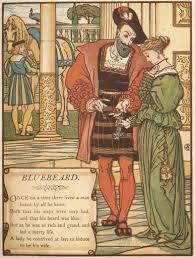 Literature seems to be full of people who were given a single command or task or warning, and failed. Pandora was supposed to guard that box filled with sickness and death. Orpheus wasn't to look at his wife until after they'd emerged from the underworld. Lot and his family were supposed to flee Sodom and Gomorrah without looking back. Blue Beard's wife was allowed to open all the doors in her husband's house but one. Adam and Eve weren't supposed to eat from the tree of the knowledge of good and evil. The wedding guests taken from the streets in Jesus' parable were supposed to dress properly.

I've always been terribly peeved at these characters. How can it be that hard? Don't open the stupid door! Don't eat the dang fruit! Put on the fancy smancy clothes!

But then again I've been given one major responsibility, and I much prefer to neglect that than do it. Some days I'd rather write blogs or check facebook or read a fun novel or do the dishes or research the coronavirus or scrub toilets or fix someone else's plumping or go to the dentist than perform that one major responsibility.

I'm talking about stopping all my activities and meeting with my creator and savior and counselor and friend.

Yes, I admit it. Sometimes I'd rather go to the dentist than talk to God.

Simply stated, I'd rather eat the dang fruit! I'd rather acquire my own version of good and evil. Nor do I want to put on those fancy smancy clothes, which is the putting on of Christ. You see, even though Christ lives in me, my old life, the rebel life, would still love to rule. That old life takes every opportunity to keep me out of an active relationship with my creator, savior, counselor, and friend.

Meeting with God each day requires I sacrifice that old life, that life that says, "I'll get to it later," "Oh, I'm doing fine today, I don't need it," "All I have to do is figure this out," "I'll ask so-and-so," "But I already know myself," "I just need to try harder."

All that must die in order for me to dress properly and eat the bread of life. And maybe if I thought of this as that one all-important, plot-cinching, life-altering daily task given to me, I'd do it more readily.