Library Finds: Books I Enjoyed in 2020 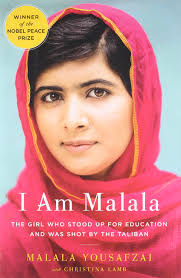 I Am Malala by Malala Yousafzai. This autobiographical book is about a young girl who lived in Swat, Pakistan in a town called Mingora after the time of September 11. She and her two brothers were raised by parents who started schools for both girls and boys, encouraged their children, and had a heart for the poor. After the earthquake in that region in 2005, Malala watched her country slowly being influenced and taken over by the Taliban  through the broadcasting of radio teaching and threats. Her town became a war zone for a time and yet she continued to go to school until the Taliban threatened and later shot her when she was 15. The writing is simple and clear and conveys the life of an ordinary girl who stood up for her education.

A Change of Affection: A Gay Man's Incredible Story of Redemption by Becket Cook. This is the autobiographical story of a Hollywood set designer who put his faith in Christ and how it changed his life. This book starts out with Cook's conversion story and then tells the story of his childhood, teen, college, and career years. I appreciated Cook's honesty and humility. The first half of this book was Cook's life story. The second half showed what the Bible had to say about homosexuality. I was tempted to skip over this second half, thinking I knew it already, but Cook's approach was really worth reading and unlike anything I'd read before. Very helpful and full of truth. 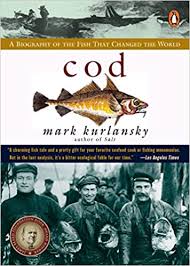 Cod by Mark Kurlansky. I found this book in my local little library, a wooden bookcase in a neighbor's front yard. I admit, I never would've read it if the real libraries had been open. I was bracing myself for all sort of environmentalist propaganda; however, I was pleasantly surprised at the way information was presented. While there were some guilt-laden passages, I found this book quite interesting and informative. I had no idea there was so much to know about cod, or that solutions for overfishing were so complex. This book approaches cod from a historical perspective. The chapters are interspersed with delicious-sounding cod recipes, which is somewhat ironic as Atlantic Cod is now rather difficult to get. What this book really compelled me want to do was eat some cod and then burn a trawler, which I realize is inconsistent.
Life Together by Dietrich Bonhoeffer. This book about Christian community was so rich. While there were parts that seemed to be Bonhoeffer's special pet peeve—things like music and singing preference—most of it was so apropos to these times. He had sections about meeting together, being alone, the value of confession, the daily integration of worship, bible reading, and prayer, as well as how a Christian family unit ought to run. He had so many good quotes that my journal is now half full of his book. 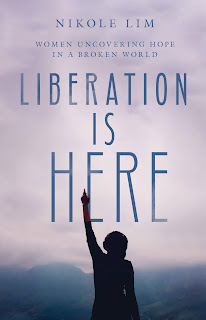 Liberation is Here by Nikole Lim. This is a most beautiful and truthful book told by Nikole Lim about how she was filming in Kenya for her thesis about women who inspire hope. Her interviews inspired her to help victims of abuse and rape and prostitution through the founding of Freely in Hope. I wouldn't regularly read such a difficult book, but Lim put the stories of abuse in their proper light. Rape and incest and prostitution really stifled these women, but they weren't completely crushed. There was new life for them and hope and peace to be made in the midst of such difficulty. The book was also interspersed with poetry and beautiful photographs. Here's one I really loved: "Forgive yourself—for not knowing—what you know now.—For this will expand the heart's—capacity for compassion—for self—and—for others—who do not yet know—what they will." 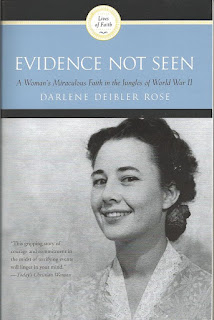 Evidence Not Seen by Darlene Deibler Rose. This is the story of an American girl whose relationship with the Lord sustained her through various trials in a Japanese prison camp in New Guinea during World War II. I don't care much for reading about prison camps in WWII. I feel they lack a glimmer of hope or view of heaven. But this story was different. Darlene tells her own story and includes the conversations she had with the Lord through each difficult experience. The Lord answered her in such beautiful ways. She prayed about food, illnesses, her safety and friends. Again and again the Lord showed up. It was a great reminder that God cares about us deeply. I was so encouraged to pray likewise.