A Country Founded on Equality 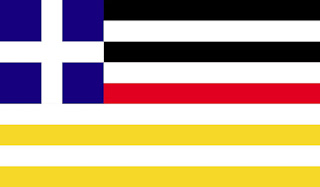 Imagine a country founded on equality. We shall call it Harkland. Imagine that Harkland believed that equality was the supreme good under which all other virtues were secondary. However, the people of this country weren't entirely sure what equality meant. Did it mean sameness? Treating everyone as if they were one? Did it mean ensuring that everyone got the same thing? They weren't sure.

So the people of Harkland decided it must mean that everyone ought to be given equal opportunity to achieve what they wished regardless of the "appropriateness" or "sensibility" or "goodness" of their desires. So long as nobody's achievements took away from another's achievements anything was allowed. The citizens in Harkland protected their right of originality with a fervor that bordered on paranoia. Entire careers were built on the defense of originality, experimentation without repercussions, and the proving that individuals or business were operating under the law of equality.

Lastly, the Harklanders decided that equality must mean that everyone's beliefs were equally true and thus equally honorable. One god could not be more right or more good or just than another. One set of religious values could not be more true than another's, except in proportion to how well they adhered to the law of equality. Thus, those who proved that they were treating others the most equal were considered the most upright. And those who were discovered to have broken the law of equality were the county's worst villains, persecuted and imprisoned, ridiculed and defamed unlike any other lawbreaker. Womanizers, slave owners, and bigots were thus at the very bottom of the barrel.

After the country worked out the definition of equality, it did a lot of good. It shared its wealth with other countries, provided safety and security for the down and out, and fought for the rights of the under-privileged. After it accomplished such goods, it continued a kind of witch-hunt on anything that smelled remotely like inequality. And because the other virtues (justice, mercy, goodness, self-control, peace etc.) were secondary, equality became a sort of god to Harkland, a prison in-fact, that prevented them from flourishing or thriving.

Eventually Harkland, like all nations founded on an ideal, collapsed. Its people's hearts were so fixated on equality that they could not give the other virtues their just due. Nations will continue to rise and fall unless rulers learn how to use each virtue at its appropriate time. And no one can do this without an omniscient, omnipotent guide.

*This is not a parallel to America. The US is far more complex than this. And I don't think the US has entirely succeeded at obtaining equality. There are, however, many similarities.