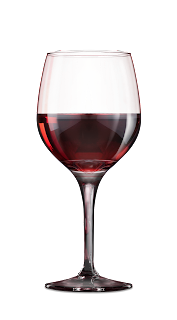 Are there categories for sins? Are there minor sins and major sins?

We can have minor and major health issues. Minor issues are like mosquito bites or canker sores or dandruff. Major issues are things like stage four cancer or having a stroke or breaking your neck.

We have minor issues quite frequently and deal with them accordingly, maybe with some Calamine Lotion or Head & Shoulders Shampoo. We don't usually go to the doctor for the small stuff, not unless it persists.

Now if we categorize our physical ailments into major and minor issues (and probably some in-betweens as well), can't we also categorize our sins like this? After all, when we were kids, our parents consequences to us were based on the severity of our crimes. I got reprimanded for seemingly minor offenses to my siblings. I got spanked for disobeying. Doesn't that mean some sins are worse than others?

Maybe relying on a glass of wine to relax every evening is a minor issue but getting drunk every Friday night is a major issue. Entertaining impure thoughts every once in awhile might be a minor sin, but running off with someone else's spouse, that's a major sin.

Everyone has a collection of private minor sins, but we try to steer clear of those major ones. After all, the major ones are life altering in an ugly way. Those ones might put us in the hospital or rejected from our community or in jail, and we don't want to go there. Going to jail is a huge life interruption. But minor sins are no big deal. Right? We can get on with our lives with those. We can just throw a few New Year's Resolutions at them. That ought to take care of them.

Perhaps we categorize sins like this because there are some sins that so obviously hurt others, while other sins don't seem to affect anyone but ourselves—or so we think. But I don't think God sees sin like this. Any sin, big or small, is rebellion against God. And any act short of perfection is a failure.

The fact of the matter is, there's no such things as minor sins. Even on our best days, when we think we did pretty well, we've done enough to send Christ to the cross. Even if we never kill a fly, we need Christ, the supreme doctor, just as much as Hitler did.

This is rather important to remember when we hear about other's sins and are tempted to pat ourselves on the back for not doing likewise. Or when we collide with someone's selfishness or self-righteousness, and we gasp, "How hideous! I can't imagine why anyone would do that!" Or when we decide that some sins have put people beyond our forgiveness or love or acceptance. "I can't be around them. I can't handle them."