Hopelessly Hopeful At Our Rope 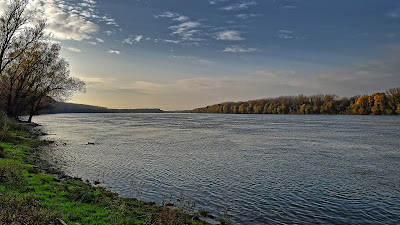 Imagine life is like a giant river and we're all trying to get across. We each have our own raft, and we're crossing at different places and at different times. We don't have paddles or oars, just a rope that we know stretches from our side to the other. That's our only way across. We can see where the ropes come out at the other side, but we can't tell which rope is ours because they're all submerged beneath the water.

Imagine also that we see various checkpoints along the way. There's the Island of Nautical Education and a houseboat selling raft upgrades. There are flat rocks protruding from the water where we see yummy snacks or umbrellas or sun hats. There are also sharp dangerous rocks that we know have punctured holes in people's rafts.

We have read accounts of various people who have crossed the river before us. We've learned that some intercept very few of those delightful stops along the way; some pass through rough waters, some smooth; some seemed to hit every nice thing possible and then ended up shipwrecked on sharp rocks. And quite a number have lost hold of their ropes and drifted down river never to be heard from again.

It's hard to know where our own rope will take us. But we grab hold of that rope and pull ourselves along, hoping.

We hope that we'll experience the delightful things in life and avoid the difficult bits. We do our best, thinking our efforts will lead to the nice things: a kind spouse, some healthy children, a good digestion, no enemies, good return on our investments, and a comfortable retirement. But more often than naught, as we pull upon our rope, we see that it doesn't take us to the places we wanted to go. We watch the islands pass us by. We see other people land on those islands instead of us.

Eventually, if too many of our hopes are missed, we may stop pulling on our rope to weep and mourn. What's the point of pulling across this endless river where we don't get what we wanted? What have we to look forward to? It seems nothing is guaranteed. Who mapped out our rope's course anyways!?

It isn't that we haven't had any stops. Chances are we've had lots of stops along the way. They just weren't the stops we were hoping for. We wanted the private school instead of the public school, those friendships instead of these friendships, the emotionally-sensitive husband instead of the determined goal-oriented husband. No one's life is without stops of delight and hardship, but when we hope to land on our own hand-picked islands, we are setting ourselves up for tragedy.

The problem is not the desire for good things, but rather the grasping of them in our minds as if they were ours, when we claim them by saying, "That's mine! I'm pretty certain if I do x, y, and z, I can get this or will have earned that." It's like trying to work out a formula for bliss.

But here's the catch. God knows what will make us happy more than we do, and he has determined that it's not those other islands but these ones we have intercepted. He has charted our course. He knows what will work.

He does not want us to put our hopes in those stops at all. Rather, we are to hope in the rope that we hold, hope that that rope will take us to the islands where God's will and glory and happiness will be found.

Thus, we must stop looking where others have landed, and instead look where God has landed us. Ask, Lord, what do you have for me here?

And by all means, we mustn't let go of that rope by trying to get to delights we think we deserve. That rope, Jesus Christ that is, is the only way to reach the other side.

"And now I have a word for you who brashly announce, 'Today—at the latest, tomorrow—we're off to such and such a city for a year. We're going to start a business and make a lot of money.' You don't know the first thing about tomorrow. You're nothing but a wisp of fog, catching a brief bit of sun before disappearing. Instead, make it a habit to say, 'If the Master wills it and we're still alive, we'll do this or that.'" (James 4:13-15 Message)