Caught in the Headlights

By Abigail Joy Stevens April 15, 2014
“I feel like my boobs are really big. Are they really big?” asked a voice over my shoulder.
I shouldn’t have looked, but I did, and yes, her boobs were rather large. Naked. Watermelons. She bore them like exposing herself publicly to a room full of ladies was common place, a daily ritual, and it sort of was.
All of us women in that room had committed to exposing ourself to at least one other set of eyes other than our own. Sure, it’s just a baby, but just because nearly half of the world’s population does it, didn’t make me feel any less uncomfortable.
We are a civilized society. I have a degree in English writing. I’ve read Plato and Aristotle and Socrates. And here I am with the rest of the animal kingdom at its lowliest or maybe, its at its simplest. It’s certainly not at its finest. Maybe its at its most intimate and affectionate, though if it is, I still don’t get it.
PIH lactation support group meets Wednesdays 10:00-11:30 am in Room B of the hospital’s lower level. And even though the security guard at the front desk told me this in a most matter-of-fact way, I found nothing matter-of-fact about that first meeting.
Before Lee was born, Phil and I attended a few classes at PIH, an introduction to pregnancy, a CPR class, and a tour of the maternity facility but never a breast feeding class. We once accidentally walked into a breastfeeding class before Lee was born. The pregnant ladies were using dolls for practice. Phil and I walked in late. All heads turned our direction, and I turned very red realizing we were in the wrong place.
Walking into the lactation support group for the first time felt similar, except that I wasn’t in the wrong place, and the mothers there hadn’t brought dolls to use for practice. This was the real thing. Practice time was over. I went into that room looking for help and answers—a place where others were struggling with the same nursing problems as me—but instead I felt rather like a deer in the headlights, except they weren’t headlight.
Oh gosh, where do I look? I thought. Just look people in the eye. Look them in the eye. If I hadn’t been so distressed about my current situation, I might have succeeded in doing just that, but instead I dropped my eyes to the ground and slipped into the nearest chair.
The other mothers had lay blankets on the conference table to make a soft bed for their babies. They had water bottles and diaper bags and juice and snacks and wipes and Boppy pillows and strollers and car seats and quilts. Most of them wore make-up, and their babies were dressed to impress. I’d come in my sweats and nursing camisole. Rose was in a white onsie, and all her worldly needs were stuffed into my purse.
They all seemed so happy, so capable, so comfortable with popping themselves out of their shirts and getting their babies to latch on. They gabbed while nursing. None of them were flinched or screaming or biting their lips. I wondered if I was truly in the right place.
I signed in. One of the lactation specialist, Lori Russell, a nurse practitioner with strawberry blonde hair, asked how nursing was going, and I fell apart. A little sympathy will do that.
I was in the pits of despair. Nothing was working right. Rose was crying. I was crying. Blood was on my nursing pads and on Rose’s sleeves and on me. I dreaded each nursing session. I dreaded it so much that I postponed them as long as possible, and Rose was hungry. 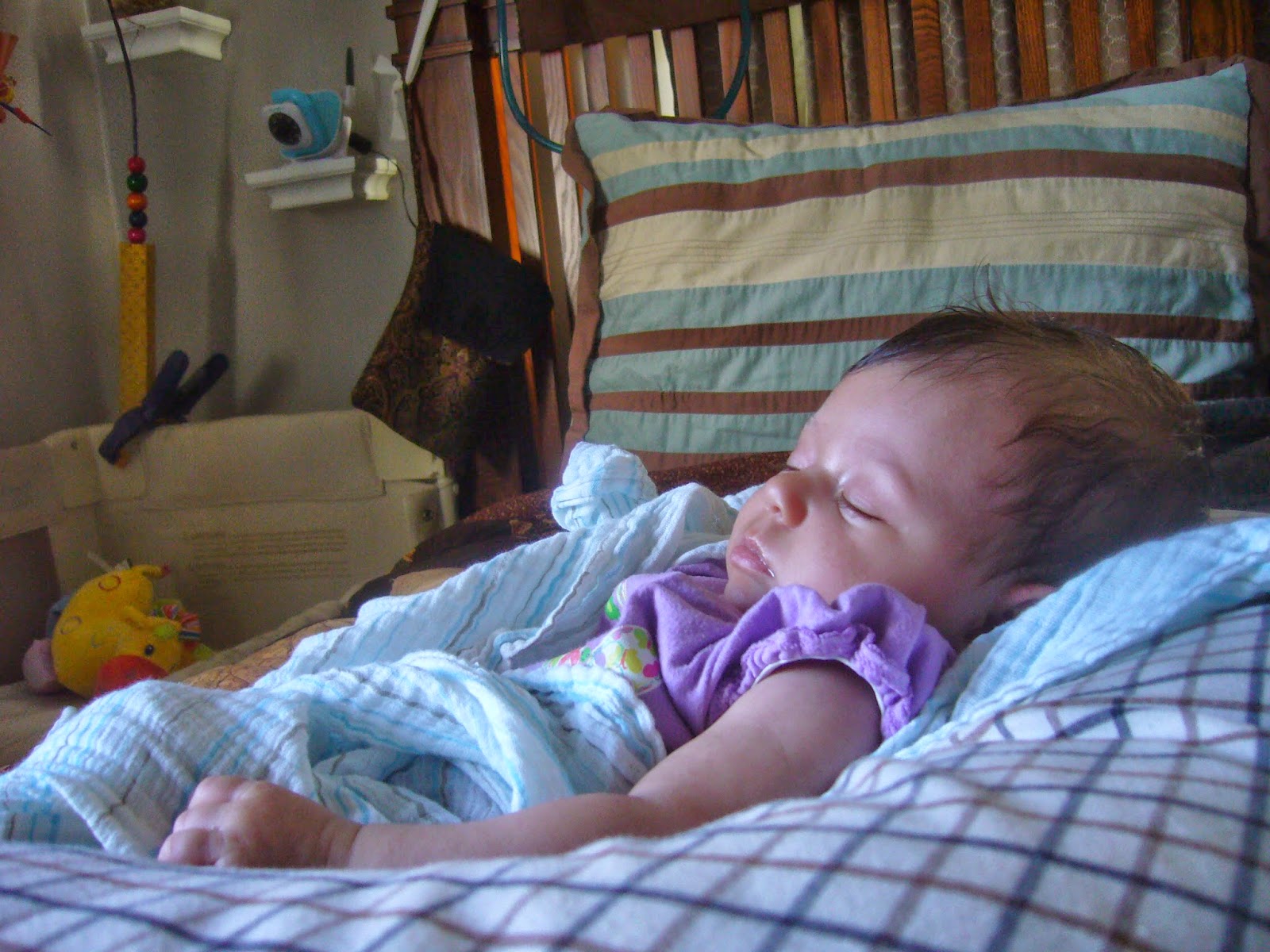 It’s a terrible thing to become a mother. There’s no easing into it. One day everything is contained. The next, everything is out of control. You’re bleeding from all ends. Contractions continue during nursing. Indigestion, dry contacts, aching tail bone, deprivation of sleep, deprivation of emotional stability. Tortured by constant baby cries and put into a house that you’re no longer able to manage or organize. It’s the sure fire way to find what’s lurking in the dark corners of your soul. Are you gracious? Are you at peace? Are you ready for this? And that’s not even including the difficulties of breast feeding and managing multiple children.
It can’t be done alone.
That first week at the lactation support group was the beginning of a life line. Each week I came with Rose and my tears. She wasn’t latching on correctly. She was a lazy eater. I had to pump to heal up. I couldn’t take the pain. I was engorged. I had a plugged duct. I got a sore throat, then several weeks later, the flu. I was nursing all the time.
After four weeks, Lori Russell took me and Rose up to the lactation office to weigh her. Rose hadn’t gained an ounce.
“You need to start supplementing,” she told me as I cried. “That’s why your baby is so unhappy. She’s not getting enough.” She supplied me with my first case of Gerber’s Good Starts and a bottle. Twenty minutes on the breast, supplement afterwards. “You’re not a failure,” Lori told me. “Your number one job is to feed your baby. It doesn’t matter how. Just feed her.”
The clouds lifted after that day. Rose was satiated and started smiling.
I learned the names of the other lactation consultants. I had a connection to each one. Lori Russell had a son at Heights Christian Junior High where I taught Algebra for 6 years. Sandra Lee had a daughter who went to Whittier Christian Junior High with Philip and me. Rose, who shared a name with my daughter, had a son in the Torrey Academy at Biola. I suppose their connections to Christ shouldn’t have shocked me. These ladies were so comfortable with their occupation, so kind to each of the mothers who came for help.
When I was able to attend the class without tears, I looked around at the room of mothers and found that they weren’t all smiles and make-up. They too had come with their questions. Some were wrestling with a shortage of milk, premature baby, or having to return to work. 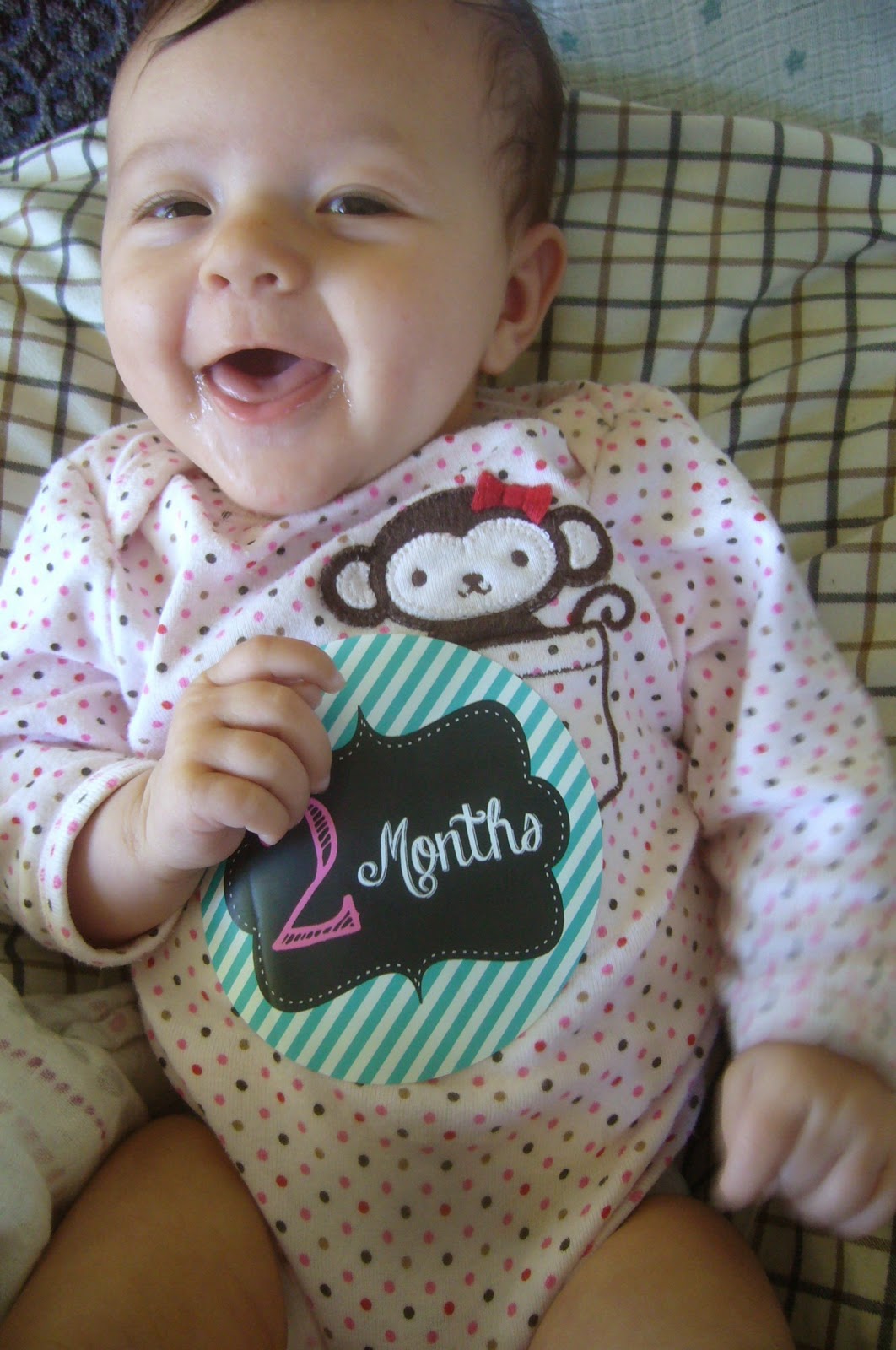 “I overheard them talking to you,” one hispanic lady said to me across the table. “I’ve been listening in. My son is two weeks younger than your daughter. And I’m afraid I’m going to have to start supplementing too because he’s fussy all the time. But I don’t want to because that’s what I had to do with my firstborn. This is my second. His name is Jericho.”
Simple commonalities—children the same age and similar breast feeding struggles—made a friendship. Her name was Dina. She had a two year old as well. And supplementation gave her a happy baby too.
Time and perseverance has put me at eleven weeks. No, breastfeeding hasn’t gone like I expected. And no, all the troubles are not resolved. One week I showed Lori my journal where I was tracking the times and durations of Rose’s feedings. I think she must have seen several to-do lists as well. She raised her eyebrows. “You need to stop trying to do so much each day. You’re only job right now is to feed your kids and look at them smile.” And write a blog about breastfeeding, of course. 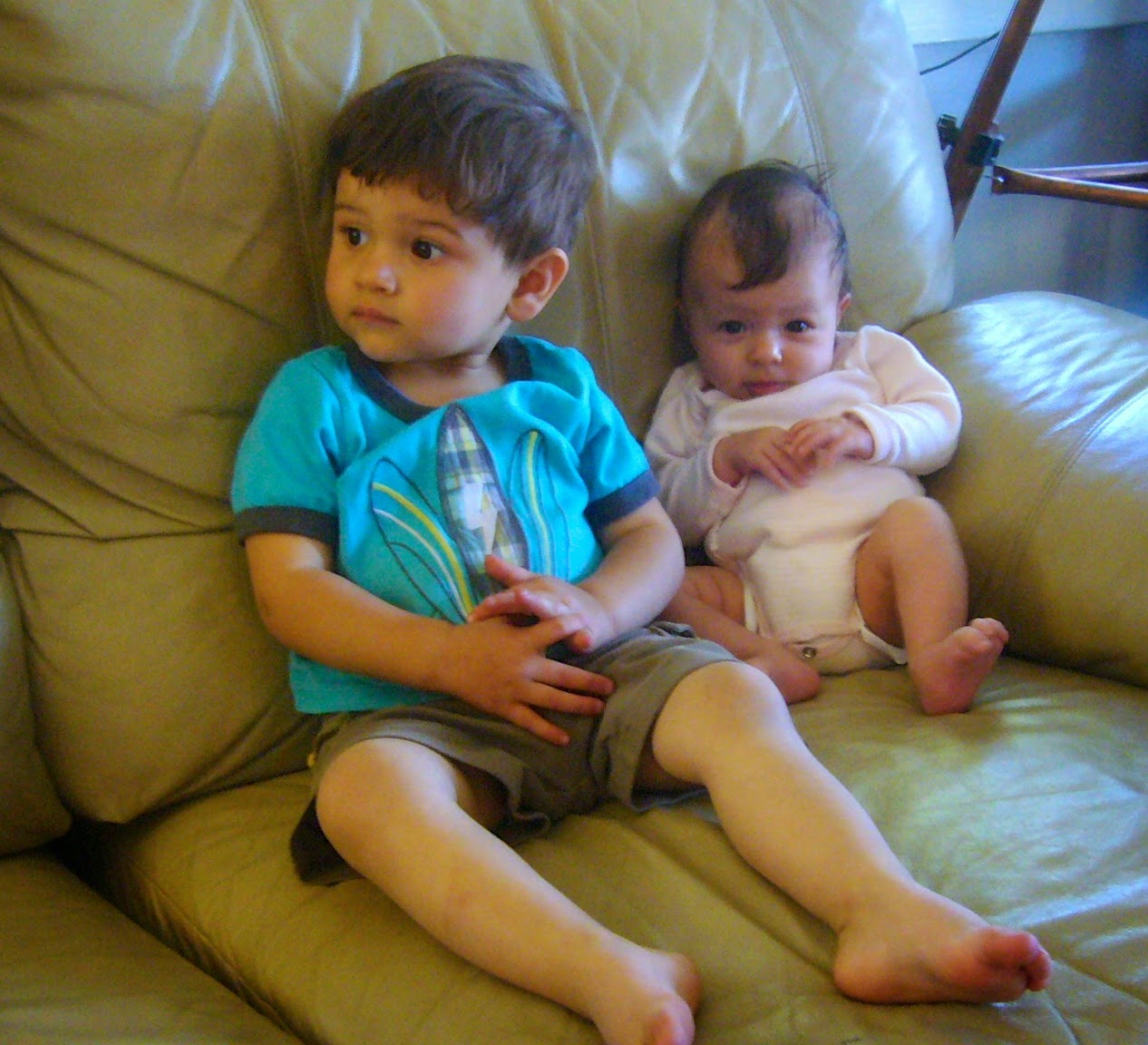 Grandma Seelye said…
Thank you Lord for providing that support group and kind nurses to help Abby through this difficult time. Good advice; just feed them and smile at them. Praying for you!
April 3, 2014 at 8:30 PM

Gretchen said…
I have tears reading this because I KNOW how hard is can be. How hard it all IS! I remember my first trip to the lactation class at St. Jude when Anders was born. He cried the whole way there and I was engorged and desperate for help. When I got there I was told that I was there on the wrong day.... So many tears.
Mothering is hard. The hardest thing I have ever done. I'm tired, my house is a mess, my kids don't always like me and things don't always go very smoothly. I wish I had a live in helper! Lord how I wish I had a live in helper... But I don't so I march on. Today I'm marching on with pink eye and a sore throat. =)
Thank you for your vulnerability.
April 3, 2014 at 10:30 PM

Nathaniel and Charissa said…
Thanks for being honest in your struggles Abby - walking this road with you. We all have challenges, even if they are different, and it's so good to remember that we are all making it up as we go.
April 4, 2014 at 6:45 AM

Great Aunt Gretchen said…
Thanks for sharing your struggles. I'm so glad you are able to attend this support group! What a blessing. :)
April 6, 2014 at 9:43 PM