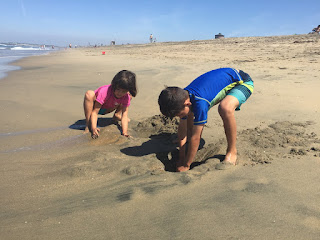 We went to Sunset Beach today. The kids messed about in the sand, and Phil dug a big hole with a child's shovel. Benny was nervous about the crashing waves. He would plod towards the wet sand and then back-peddle into my arms, clutching me as I lifted him above an approaching wave. 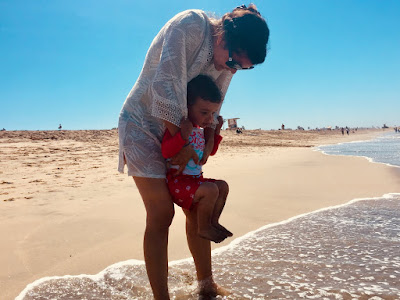 "I'm here. You're safe," I'd say and then kiss him three times on the head before setting him down. He'd venture out again, returning to me every thirty seconds or so. I'd say it again. "I'm here. I've gotcha." Kisses.

And saying that over and over again to a child who's worried about something new, something I know to be wonderful and beautiful and powerful finally penetrated my own thick skull.

I think I get about thirty seconds away from that voice before I start fretting again. And then I turn right around and run into the wrong set of arms. I expect my husband and closest friends and pastor to all "get me" as if they knew me inside-out. I expect people in authority to lift me up above the waves and keep my feet from getting wet. I expect God's goodness to manifest itself in others so that I'm treated way better than I deserve. I expect to be pursued, longed for, desired, loved, and yes, kissed on the head.

Only running into the right arms will. 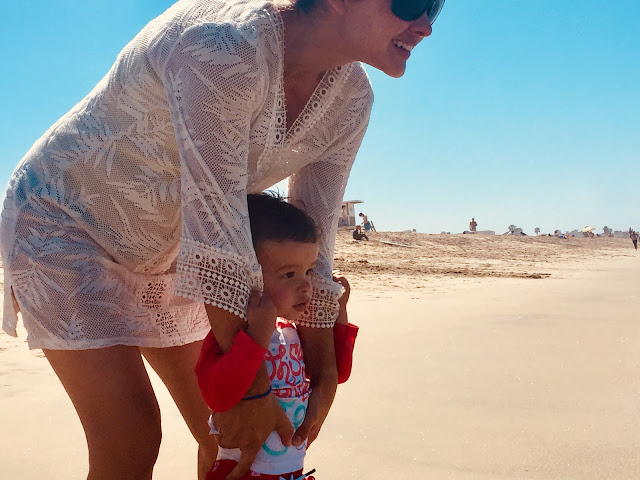 It's nice when people in authority make the right choices and use their power for good and appreciate me and validate me and act as Christ would. But if they don't, do I still know I'm safe and understood and loved and good enough?

The coming waves will tell.