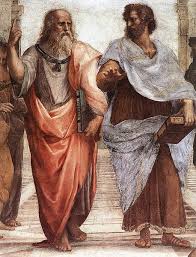 Two types of people seem to be bubbling to the surface in these tense conditions. Those who would rather eat roadkill than be thought selfish and those who would rather be skinned and flayed than found guilty of fear. There is a third category but they're harder to recognize. I'll mention them later.
The Anti-Selfish Brigade sees selfishness as the least desirable fault. The Anti-Fear Brigade sees fear as the great weakness of mankind. Each side judges others primarily as selfish or fearful when others don't act as they themselves would. "They're just so selfish!" "They're just being ruled by fear!"
The Anti-Selfish Brigade (ASB) often believes they can help the Anti-Fear-Brigade (AFB) by encouraging them to examine their motives and discover their selfishness. On the flip side, the AFB often believes they can help the ASB by teaching them to defy or overcome their fear. I think this is both funny and tragic. And let me explain why.
Ironically, I believe each side is guilty of what they're accusing the other side of doing. The Anti-Selfish Brigade (ASB) has their own code of conduct that they believe others ought to follow. They usually appeal to a higher standard of morality to justify their rules (the government, common civility, the Bible, God). By standardizing their own ideals and allowing themselves to act as judge, they put themselves at the center, which is a form of self-centeredness.
The ASB can also pursue self-sacrificing actions for entirely self-centered reasons: to make others like them, to gain acceptance from God, to feel successful, to avoid guilt, to be better than someone else, etc.
I think the Anti-Fear Brigade (AFB) is also guilty of its namesake. These people can be so afraid of being controlled, manipulated, duped or taken in that they develop a tough exterior, an anti-authoritarian stance, an "I'm going to do whatever I want!" attitude. The AFB can fight fear so vehemently that anything that feels like a weakness (tenderness, vulnerableness, or innocence) can be destroyed in the process.
In regards to the ASB and AFB, I can only recommend seeking the logs in our own eyes instead of the specks in others. There is no evil worse in others that is not also in ourselves. And the pastime of judging and rating other's selfishness or fear is extremely non-productive. I also think it diminishes the accuser's reception of new information by 50%. And yes, I made up that percentage.
You see, while each side is so blind to its own issues, they accuse the other side of the sin most prevalent in themselves. Those in need of admitting selfishness point to others and say, "You're selfish!" And those in need of admitting they're afraid point to the other side and shout, "You're afraid!" See, comical and tragic.
Perhaps the very thing these brigades oppose is what prevents them from a deepening faith in Christ. The ASB's self-attained unselfishness is what stands in the way of accepting Christ's goodness in place of their own. The AFB's fear of being ruled is what prevents them from total surrender to God's control and direction.
We can't stop fearing that others might control us until we have complete faith that God is in control. And we can have no real unselfishness until we have complete faith that our goodness is all borrowed from Christ.
I think it's only fair to mention a third group here. This group is made up of those who don't know themselves, others, or a situation well enough to know what to think. Also in this category are those who change what they think based on the time of day, their mood, or whom they're with. I cannot rightly address this group because I am part of it, but I would like to say that I think the best thing for these people is either a slap in the face, a flurry of action, or the temperature in the pot to reach boiling point, none of which is very pleasant.