Who Owes What to Whom 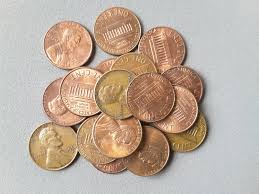 Carolina took 10 pennies from Patrick's pile and then Patrick stole 15 back. Juliet has been loudly demanding people give her their money because she needs more than most people to survive, or so she claims, and usually people comply because it's much easier to give her money than listen to her bemoan her poverty.

Little Gregory has been sitting in the corner crying all day because he hasn't any pennies at all. He claims he started the day with a hundred and someone stole them but he's not sure who. At any rate, he's quick to accuse anyone and everyone. Bartholomew keeps a list of who owes him what, and he periodically goes around reminding people what they owe him. Apparently everyone owes him something, not because they've taken from him but because he "gifts" others his pennies only to hold them to it later and charge interest.

Lavender took 3 cents from me this morning and I was on my way to remind her of it—I don't like shouting or anything; I just want people to know. That's when I saw Carolina slap Patrick across the face.

"Well, you shouldn't have taken that 10 from me to begin with!" Patrick shouted. "Serves you right!"

"You can't decide what I deserve!" Carolina asked.

"Yes, I can. I have every right to collect what is due to me and make you pay!"

Their argument continued with accusations and name calling but I stopped paying attention after that. You see, what Patrick said made me pause. Had I any right to collect my 3 cents from Lavender? Lavender was hunched over the table guarding her little pile of pennies like a mother hen her brood. Those pennies were all she had. These pennies are all any of us has. We are quite poor.

Not only that but we are all horribly in debt. Did I mention that already? Everyone knows that we will never be able to leave this place of scraping and stealing, pinching and going without unless we pay our debts. And the amount that we owe . . . well, I don't like to mention it.

Lavender spies me eying her. She cowers. She's used to accusations. But I know now that I can give up my right to take what is owed me. I don't need it anymore. Instead, I drop a fistful of pennies in front of her and remind her of what I've remembered myself. Our debts have been paid. We have the billionaire's credit card in our wallet, and we can use it whenever we like at no cost of interest. We are bankrupt no longer.

If only we can learn to use the father's credit card, we'll stop keeping accounts and counting pennies and bemoaning our poverty. If only we used his credit card, we'd know how rich we really were, and give up the right to collect what is owed to us. After all, the accounts will never be in balance.