The Right Kind of Fear 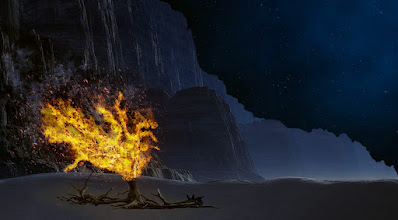 Fear the fire; God made it to burn.

Fear the wind; God made it to lash.

Fear the quake; God made it to crash.

But this fear won't empower you

For God is not them.

Fear the storms; they know not their masters.

Fear wars; they are inevitable.

But this fear won't protect you

From these instruments in his hands.

Fear other's grasping; they may rob you.

Fear other's passions; they may unravel you.

But this fear won't produce a strategy

To keep what's your.

Fear the evil one; he hungers for you.

Fear displeasing God; he demands much.

But this fear won't save you

Because it never stops striving.

Fear the Lord; his holiness is dangerous.

Fear the Creator; he gave you your life.

Fear the Master; he has authority here.

Fear the Author; he can rewrite you.

But unless this fear compels you to yield,

You shall never stop fearing.