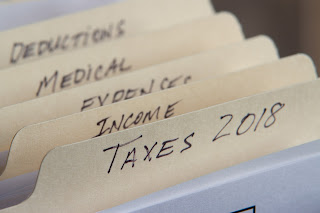 If doing good things for God's glory is like money, we humans seem to have been born broke. And in order to fulfill God's required tax, which is his moral law written on all our hearts compelling us to live in a sacrificial, unselfish God-honoring way, we tend to acquire money in one of two ways: by stealing or using counterfeit money.

The stealers understand their emptiness best. They know they're broke. They know they don't have it in them to serve others or give up their time or money or power willingly. And they're terrible fakers. So they go off and steal or wait around until the circumstances are just right so that they can give without really giving at all. The weather, their mood, their financial situation, their to-do list, etc, everything has to be in alignment before they can give.

These thieves can look different from one another. There are the overt thieves, such as the drunkards, prostitutes, drug-addicts, tyrants, and misers. But there are also the more subtle thieves. They usually have very good boundaries or seem reserved or they are the gregarious-go-getters. These people are like bottom-less pits because no matter how much they acquire, it doesn't seem to be enough. And they are right. It isn't.

The counterfeit-users, on the other hand, have perhaps a greater understanding of the tax itself. They know that the tax isn't a one time deal, but a demand made upon them every hour of every day. So they print their own money to pay it. They will sacrifice their time, money, sympathy, space, anything for the sake of the moral tax. And yet, the counterfeit-users have the unnerving feeling that they haven't paid the entire tax. They get this painful reminder through feeling dissatisfied with life and/or being particularly sensitive when other people fail to acknowledge the sacrifices they've made. Perhaps deep down, they realize that their money isn't acceptable.

These counterfeit-users are the pharisees and self-sacrificial mothers. They are the people who give everything for their family or company or school or country. And they are infuriated when their efforts aren't acknowledged. Often times, they take the good regard of others as a sign that their money is real. But they can never get enough of other's good regard, so they are forever dissatisfied.

There is only one way to pay God's tax. And that is through: one, owning up to the fact that we've been stealing or using counterfeit money; two, taking the punishment for our nefarious money habits; and three, paying the insurmountable tax, which we still owe.

In case you haven't realized. We can't do this. Only Christ can.

Acceptance of his payment on our behalf frees up the thieves to stop accumulating for their own gain and instead to give from their abundance. Acceptance of Christ's payment also releases the counterfeit-users from the pressures of having to pay. They can relax, knowing the payment has been made. Now they can give out of joy instead of obligation.

Let me tell you, it's a pretty sweet deal!

More on how Christ does this: (Repairing Relationships) & (The High Price of Doing Good)