Why the Enneagram Numbers Won't Give 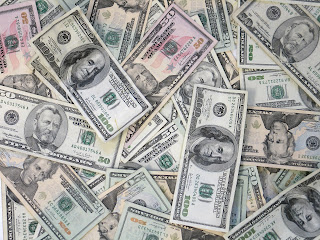 "I know how much time, energy, and money it's going to take to do this well, and I just can't do that right now. I'm running too many other things. Sure, we could do it another way, but I just can't stand half-baked ideas, and I'd rather not give at all than see it done poorly."

"You have no idea how much I've already given. I practically destroyed myself giving, and no one seemed to appreciate me at all. So I'm done. Unless they start acknowledging how much I've sacrificed, I won't be giving anymore."

"I just don't think it's going to succeed. I mean, I've given before and the project was an embarrassing flop. It looked terrible. Of course, if I'd been leading it, it would've been different. How about I do it next time, then I'll give it my all."

"It just doesn't feel right. Everyone gives. It's so mundane, so ordinary, so simple. I want my giving to be special. I want to see that it makes a difference in the world. I want everyone to be amazed at the beauty of it and say, 'Wow! Now that's a gift.' But until I get that vision, I'll sit this one out."

"If I give this much time and energy to that, how am I going to make up for the deficit? I won't have enough for myself. See, I've measured it all out and there's just not enough to spare. In fact, I'm not sure I have enough to sustain myself as is."

"Well, I've been doing a lot of research about this organization, and I discovered they use a huge percentage of their donations for administration. Hardly any of the money actually reaches those needy people. See, it's because of situations like this that I just don't trust these big organizations. Until they can gain my trust, I'm keeping my money in my wallet."

"Oh yeah, I like giving. Once our church had this great building fund raiser where they put a huge fish tank on the stage and whenever a thousand dollars was donated, they put in a gold fish. It was so fun! I gave more money to that project than anyone, I think. And next month I'm going to be part of a Turkey Box distribution. We're going to dress up like turkeys and sing a song when we ring their doorbells. That'll be a hoot! But giving monthly to my church is a bore. I forget and it's not really very interesting."

"No way! I'm not going to give money to these people. Money is power, and I don't pass out power lightly. I mean, what if these people use their power to tell me what to do, make me be a part of their programs, control my time, etc. I won't be a part of that!"

"Oh! I meant to write a check, but I just haven't done it yet. I'll do it tomorrow."

**These are all unhealthy versions of each Enneagram numbers.