Why the Enneagram Numbers Didn't Listen to You 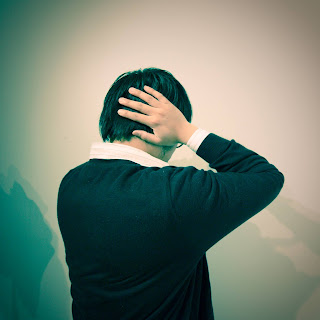 "I just had to interrupt because half of what you said wasn't right. And the reason that happened to you is because you should've done it differently. Let me explain the best way."

"I know you didn't finish explaining the problem, but I already know what your problem is and what you could do to make it better. In fact, I'll fix it for you."

"But if you get all the airtime, I won't have a chance to impress upon you what a great friend I am, how I've accomplished so much, and how you have so many reasons to be proud of me."

"After you mentioned having a weekend of solitude, I just couldn't listen anymore because it brought back this memory I had two years ago when I was on this hike by myself and even though I was totally alone, I felt in the presence of something marvelous. Oh my gosh!"

"What did you say? Sorry, you weren't mentally stimulating enough for me. So I was in an alternative universe thinking about what would've happened if I were you and you were me."

"Well, I just don't believe a word you say. I don't think you really understand the issue nor do I think you're really foreseeing all the implications of what you're saying."

"I'm so sorry for interrupting, but I gotta tell you this really funny joke. It's way more interesting than whatever it was that you were saying. Besides, I sensed you were going to start getting all depressing and boring on me. Oh look! There's someone else I want to talk to!"

"Of course, I stopped listening. You take way too long to come to your point. And the point is you need to take the bull by the horns and stop letting people run you over. Let me show you."

"Oh, I heard every word you said. I just don't think I'm going to do anything about it. It takes too much effort."